Joseph FUTRELL, my 3rd great grandfather, was born in 1812 in one of the Carolinas. At age 18, he was living in Richland County, South Carolina, and soon after he married Agnes Irene (Aggie)  MILES.

Joseph and Aggie started their family right away, and had at least 10 children by 1850, one of which was my 2nd great grandmother, Margaret FUTRELL MARTIN.

In the 1840 and 1850 censuses, Joseph and Aggie were still in Richland County and the 1850 census listed his occupation as planter.

He had real estate valued at $300. It’s hard to say what that would equal in today’s economy.

Joseph seemed to have disappeared from the records after the 1850 census, like he fell off the face of the earth. This article from The Camden Journal dated 12 Oct 1852 told me why:

We understand that on Friday last (8 Oct 1852), a man by the name of Joseph Futerell was killed by Isaac MEDLIN. They had been at a barbecue somewhere on the Sand Hills. At another barbeque, give the same day, or the day previous, a difficulty occurred between two men, in which both were injured, one of them, it is though, fatally. 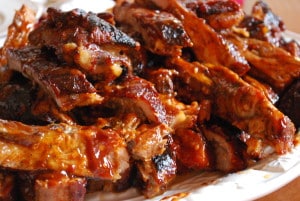 Barbecues in the 1800’s weren’t much different than barbecues now. There was pork to eat.

Corn, too, I imagine.  Probably card playing and maybe horseshoes, and plenty of whiskey. 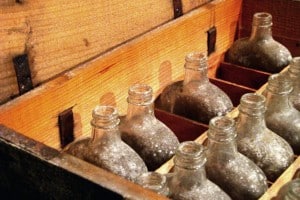 Sometimes all that was a recipe for ugly behavior.

I have no idea what the difficulty was between Joseph and Isaac. But the Medlin family was known for getting into trouble, so it isn’t surprising one of them was involved in Joseph’s death.

In March of 1853, The Camden Journal reported this:

Isaac Medlin was put on his trial before our Court yesterday for the murder of Joseph Futrell, sometime in the fall of last year. After a patient hearing of the case, to which the whole day was devoted, the jury was charged by his Honor Judge WARDLAW, and retired to their room. After the lapse of ten or fifteen minutes, they returned with a verdict of manslaughter. 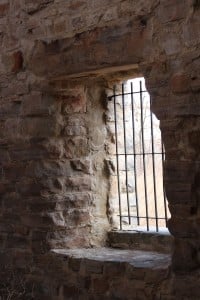 Fifteen years later, Joseph’s son (or possibly nephew) William MILES would be murdered on the Sand Hills, too.

Click here to subscribe to my nearly weekly newsletter and receive a free e-book, Write Your First Life Story Today
« The thread that binds me to others
52 Ancestors Week 23 – Ruth N. Heiser, a modern woman »