A few weeks ago, I wrote about Ruth N. HEISER, my first cousin twice removed. Today I am writing about her father, James E. HEISER. James, my great grand uncle, was born about 1869 in Carroll County, Maryland. He was the fourth of eight children born to Daniel Christopher HEISER and Susan Matilda CUSHING. 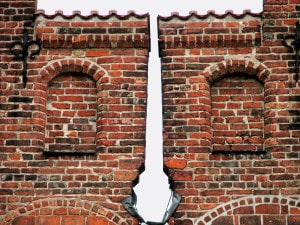 James had an average upbringing for the time. His father was a stone mason, and even though many of the Heiser men became stone masons as well James did not.

At about 20 years of age, James went to Harrisburg, Pennsylvania and started a nearly lifelong career as an iron worker. James lived in several locations in Harrisburg until he met and married Catherine S. (Katie) BALDWIN in 1897. The couple and their first three children moved to Lebanon, Pennsylvania in 1901.

Within a few years’ time they were living at 9 North Third Street in Lebanon, the home where they would raise their entire family of 7 children. Click here to see a google maps view of this house.

Besides being an iron worker, James belonged to the Improved Order of the Red Men, America’s oldest fraternal organization. Learn more about them here.

James kept modern with the times by purchasing an automobile. The entire family was in a car accident in 1917 ‘when the steering gear became displaced or something else happened’ according to James. The Lebanon Daily News reported on the accident and said that all were thrown from the vehicle, but amazingly no one suffered any serious injuries. 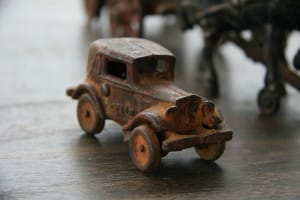 Sometime in the 1920’s, James went to work for the city of Lebanon. He was probably glad to get away from the backbreaking iron work he’d been doing for decades.

The family was close. According to the 1925 Lebanon City Directory, all the children (ages 10-22) were living with James and Katie on Third Street. And once grown, only one of the children moved more than a few hours away from Lebanon.

On 14 October 1928, James and Katie joined the Lutheran Church of the Redeemer in Harrisburg, Katie by transfer of membership from an unknown church and James by profession of faith. Twelve days later, on 26 October 1928, Katie died from a heart attack and was buried at Middletown Cemetery in Middletown, Pennsylvania. 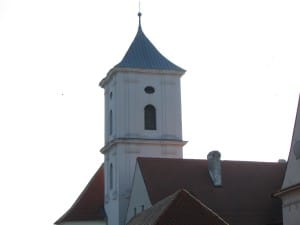 About six months after Katie’s passing, James was in another auto accident. According the Lebanon Semi-Weekly News, James was crossing Cumberland Street and was within a stone’s throw of his home when he was struck by a speeding Hudson sedan. Benjamin TERRY, the driver of the sedan, attended to James by carrying him into a nearby doctor’s office. James didn’t appear to be fatally injured, although he did have a broken leg and was admitted to the hospital. 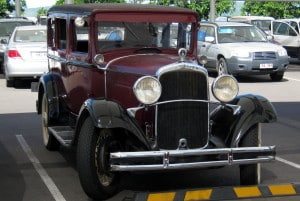 A few days later, James appeared delirious during night time checks, and the next day ‘he complained of inward pains, but the surgeons at the hospital did not operate because of the danger involved to the patient. It was hoped internal complications would pass without subjecting the man to the ordeal of drastic measures.’

The complications did not pass on their own, and James died that day, 3 April 1929. An autopsy revealed he died of internal bleeding from a punctured liver. James was buried alongside Katie at Middletown Cemetery.

Two of their children continued to live on Third Street for a few years, but eventually moved from that address. I will tell some of their stories in the coming weeks.

Click here to subscribe to my nearly weekly newsletter and receive a free e-book, Write Your First Life Story Today
« 52 Ancestors Week 26 – Boy vs. Train
52 ancestors Week 28 – Howard White – He got too cold »