Harry Ellsworth HEISER was the oldest son and child of James E. HEISER and Katie BALDWIN HEISER. I wrote about James here and about Harry’s sister, Ruth, here.

Harry was born 16 Sept 1897 in Lebanon, Pennsylvania. He was raised in Lebanon where he graduated from high school, and soon after he entered World War 1 in 1917. 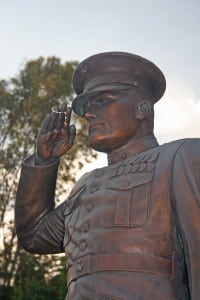 A large group of young men from Lebanon went overseas together. They were part of the Machine Gun Battalion in France.

Wounded in the war

In September 1918, Katie received word that Harry had been gassed and wounded. He reported in a letter to his mother that he was in three gas attacks and was gassed to a certain extent. He said, ‘My lungs are not as they should be since I was in the hospital before. I hope they do not find anything else the matter with me.’

He also told about being wounded. ‘I had a narrow escape the afternoon before I left the company. One of the German’s favorite shells (a 9-inch high explosive) landed about five feet to my left and the force of the explosion knocked me across the street…I was knocked out for about a half hour, but not wounded.’ He was reported as wounded to his mother, though, by the War Department.

Harry returns and gets on with life

Harry returned home in May of 1919 and found work as an iron worker like his father. I guess Harry didn’t care for iron work since he went to school for accounting. By 1927 he was married to Dorothy A. BOETTNER, living in Lancaster, Pennsylvania, and working as an accountant. He likely met Dorothy at the Pennsylvania Business College in Lancaster. Their only child, Gloria, was born in 1927. 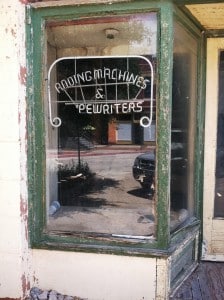 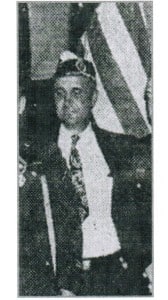 Harry’s time in the military influenced how he spent his non-working hours. As early as 1921, Harry was volunteering his time to honor veterans as part of a gun salute at a military funeral. 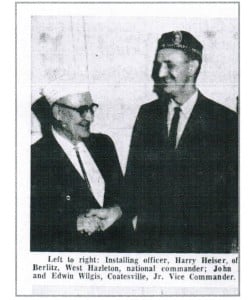 Harry at a convention of the Order of the Purple Heart. He is on the left. I can see a lot of resemblance between him and my father, who is a Heiser.

Harry retired from work in 1964, but he didn’t retire from life. As he had done most of his adult life, he continued to support veterans in his state and community.

In 1984, Harry passed away at his residence after a lengthy illness. He was 86 years old.