Farming in the Carolinas

B.H. was born 14 Mar 1882 and raised in Smithville, Marlboro County, South Carolina.  He worked as a farm laborer. Also, B.H. could read and write.

In 1910, B.H. and Frances were living and farming in Wolf Pit, Richmond County, North Carolina which is close to Marlboro County.  Two of their seven children had been born already.

By 1917, the family was back in Smithville and still farming according to B.H.’s World War 1 draft registration.  The registration also noted that B.H. was tall and stout. 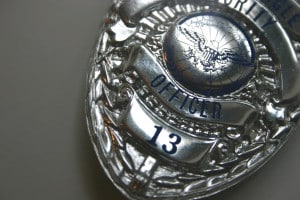 Working for the Law

B.H. became a rural police officer for the Marlboro County Sheriff’s office.  I don’t know if this was full time work or on an as-needed basis, and I don’t know for sure when it happened.

On May 17, 1924, B.H. and fellow office J.H. DAUGHERTY encountered a dangerous situation that ended tragically. 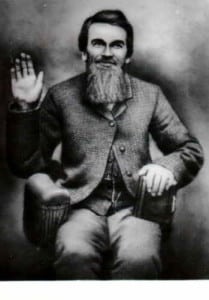 B.H. Hatcher, believed to have been taken when he took the oath to become a rural policeman. Early 1920’s.

From The Gaffney Ledger newspaper:  B.H. and fellow office J.H. Daugherty went to the home of Tom Dupre ‘on a search for contraband liquor,  according to Mr. Daugherty. On being told of the officer’s business, Dupre secured a rifle and cracking the door fired upon the officers, one bullet slightly wounding Mr. Daugherty and another mortally wounding Mr. Hatcher.’

The Rest of the Story

B.H. was 42 years old at the time of his death.  He left Frances and their seven children, the youngest of which was only 4.

He was buried at Oak Grove United Methodist Church Cemetery in Wallace, Marlboro County, South Carolina.  A few years later, Frances went on to marry B.H.’s much older brother, Jimmy.  She had two children with him.

Tom Dupre was captured half a mile from his home about a week after the shooting. He was tried and found guilty and give a sentence of life in prison.  In 1926, Dupre was released because on appeal the search of his home was determined to have been illegal.