Eva Marede HEISER was the youngest daughter of James E. HEISER (1871-1929) and Catherine S. (Katie) BALDWIN HEISER (1871-1928). Eva is my first cousin, twice removed. I have previously written about her father and one of her brothers, Harry.

You can read about them here: James and Harry

In April 1921, 13-year old Eva went missing. According the Lebanon Daily News, Eva was ‘of robust build and looks rather older than her 13 years.’ At first there was concern that she had been a victim of foul play, but then the police got word from the Children’s Society of New York that Eva was in their custody. 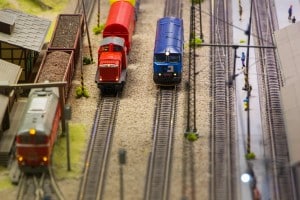 Eva had left home of her own free will with $37.50 which was worth a lot more than $37.50 now. She took the train to New York and had befriended a woman who was also traveling to New York. Once the two arrived in the city, the woman became concerned that Eva’s uncle from New Jersey, who was supposed to meet her at the train, didn’t show up. The woman turned Eva over to the Children’s Society who contacted the police in Lebanon, who in turn contacted her parents. Eva was missing for nearly two days.

Eva’s brother, Claude HEISER, went to New York to get her. Eva’s parents were dumbfounded and said that ‘her relations at home were of the most harmonious kind.’ Also, she had no uncle in New Jersey.

According to the paper, Eva ‘seemed to be in great fear of the wrath of her parents, and her remorse has taken such shape that she is said to be in hysterical condition.’ So hysterical in fact, that the police had to delay questioning her. It was believed that she had just gone on an adventure (a foolish escapade according to the paper). It was never explained in the paper exactly what led to her running away or where she got the money. She said her mother gave her the money which her mother flatly denied.

Eva settled back into life at home after her New York adventure. She graduated from high school and was active in the Christian Endeavor society of Trinity United Brethren. She met Lester REED there, and they married in December 1926. Eva was 19, and Lester was 20. The two also worked for the Krause Hardware Co.

Here is a link to the home where Eva and Lester lived in 1930: 435 Spruce Street, Lebanon

In 1932, Lester and Carmelita are living with his parents, and Eva is living in Maryland married to someone else, Joel Isaac ROYER. She also had their first child that year, Robert J. ROYER. It’s hard to know what broke up Eva and Lester. Perhaps Eva had an adventure with Joel, or perhaps Lester had an adventure with someone.

In 1937, Eva and Joel were back in Lebanon where their second son, Yateman, was born. Eventually a third child was born, a girl named Patricia. Eva still had a relationship of some kind with Carmelita, her daughter with Lester Reed, since Carmelita was named in Joel’s obituary many years later. 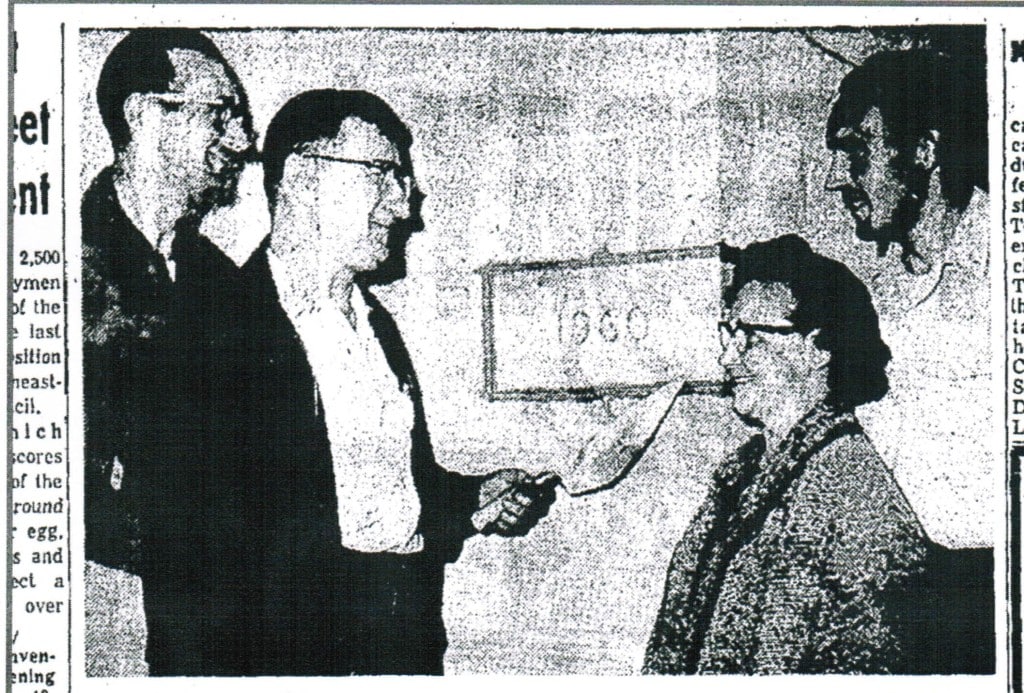 Eva and Joel were members of the Heidelberg Church of the Brethren. Joel was also a member of the Prescott Fire Company, and Eva volunteered in the ladies’ auxiliary. Below is a 1960 photo of her from the Lebanon Daily News from when she was president of the auxiliary. She was 53 in this photo.

Eva on her own

Joel died in 1966. Eva was 59 years old. Carmelita, Robert and Patricia were all living away from Pennsylvania at the time of Joel’s death. Yateman was not mentioned.

Eva is buried at the Heidelberg Church of the Brethren church cemetery, next to Joel.