Stewart, as he was called, was one of seven children born to Dan and Susan. Only 5 children lived to adulthood. One of his brothers, James, I have written about here: James HEISER. Another of his brothers, Joseph, was my great-grandfather.

I don’t much about Stewart’s life. In the 1880 census, Stewart’s family was living in Franklin. His father was a stone mason, his mother kept house as did his oldest sister, Georgianna. His brother, Joseph, was a laborer. Stewart and brother James appear to be in school. The other children were younger still.

Susan died sometime around 1880, but I don’t know what happened to her. I cannot locate any information about it. Dan married Emma Annie PALMER (1857-1916). He was much older than her, as often happened then because of the need for a wife or a husband. Annie, as she was called, had two sons with Dan, born in 1882 and 1884.

The 1890 census is mostly lost due to a fire long ago, so I can’t say anything about Stewart’s life at that time. I imagine that he was a laborer or stone mason, though, and living in the Mt Airy area.

One evening in late January or early February of 1891, Stewart left Watersville about sundown in an intoxicated condition and started up the Baltimore and Ohio Railroad track towards home. 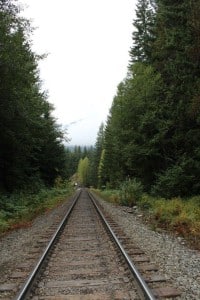 According to the The News, ‘he had not proceeded more than few hundred yards before a passing train struck him. All the trains during the night ran over his body.’

The News also said his body was ‘in a horribly mangled condition. Both his legs and arms were cut off, his head severed from the body and the body cut in twain. His remains had to be taken up with a shovel.’

Stewart was buried at Linganore Cemetery in Unionville, Frederick County, Maryland. As far as I know there is no stone for him. 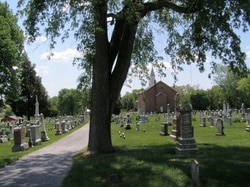 Stewart was loved by his family so much that his two brothers, Joseph and James, each named a son after him in his memory.