Daniel Christopher HEISER was my 2nd great grandfather. He was born in 1830 in Carroll County, Maryland to Johannes HEISER (1802-1858) and Sarah BAUMGARDNER HEISER (1804-1836). Daniel has one brother and two sisters.

Daniel grew up in Carroll County.  He started work as a laborer, but from the 1860 census and beyond his only listed occupation is stone mason. Also, Daniel could read and write according to the 1900 census.

Daniel’s mother died when he was 6.  His two older sisters were probably instrumental in his upbringing after that.

It seems that not long after 1880, Susan died.  I haven’t found any more about it yet, but in 1882 Daniel had a son with a woman named Emma Annie PALMER, who went by Annie.  Daniel and Annie married in 1884, and had a second child that year as well. Daniel was 54, and Annie was about 27.

Daniel appears twice in the 1900 census, though.  The second appearance is in Mt. Airy, Carroll County, Maryland, on 9 June 1900 where he’s listed as married and having been married for 47 years.  That would be the right amount of years for his marriage to Susan. Was he living a double life!?!  Did he separate from Annie between June 1st and June 9th!?! Did he lie to the census taker and if so, why?

In 1907, when Daniel was 77, he went to live at Montevue Hospital in Frederick, Maryland which was basically a nursing home for the poor.  He was ‘generally disabled’ according to his death certificate.

Around the 1st of September 1908, Daniel became weak and exhausted.  He lingered for about two weeks and passed away on 15 September 1908.

The funeral was held at the home of his daughter, Georgianna HEISER ESTERLY.  He was buried at Mt. Olivet Cemetery in Frederick, Maryland.  There is no headstone for him. 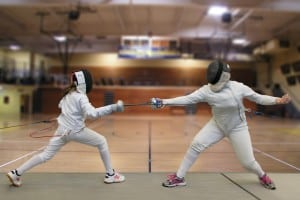 Was there fighting between Daniel’s first and second families?

I have some questions about Daniel’s life. Why would Daniel and Annie up and move to Baltimore when Daniel was close to 60 years of age?  Did his children with Susan dislike Annie?

Next, on his death certificate Daniel is listed as widowed and his wife is listed as Susan CUSHING.  This information was provided by one of Daniel’s and Susan’s sons.  Did this son not know his stepmother’s name or was she so disliked that the son didn’t want her listed?  Or did his children from Susan not know that Daniel and Annie had married?

Finally when Daniel became in need of care, why did he end up back in Frederick near the children from his first marriage?  Why didn’t Annie take care of him? Had they really separated in 1900?

I will probably never know the answers to these questions, but they are intriguing, aren’t they?