Isaac Jones PYLES was my 2nd great grand uncle. His parents were John PYLES (1802-1870) and Rebecca Poole JONES PYLES (1800-?). I have written about two of Isaac’s brothers this year: Richard T. Pyles and William Wallace Pyles

Isaac was born in Montgomery County, Maryland and lived there his entire life.

In 1860, at age 23, Isaac was living with his parents and working on the family farm. But three years later, Isaac was a postmaster in Maryland, probably at his brother Richard’s store. Isaac was paid $197.71 for his postmaster duties in 1863.

In 1870, Isaac and his sister and his widowed mother were living close to Richard. Isaac was not only the postmaster still, but he was also a store clerk…probably at Richard’s store. In 1871, he was paid $325.00 for his postmaster duties.

Isaac continued living with his mother who was listed as the head of the house in 1880. Seems like Rebecca was still of sound mind at that point even though she was 80 years old. Rebecca and Isaac had moved and were now living just a few houses away from Richard. Isaac still worked as a store clerk.

I don’t for sure when Rebecca died, and I’ve found no record of her after the 1880 census.

Isaac does has a life beyond the store and family

In April 1884, Isaac and another fellow supplied music at an oyster supper event in the Greenfeild area of Frederick County, Maryland. The newspaper clipping said Isaac was a skilled violinist. 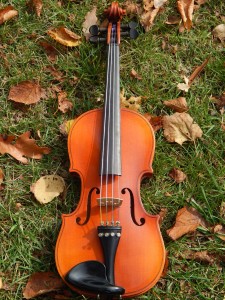 I was surprised by this at first, but then I remembered that Isaac’s brother, Richard, was a successful business owner who was enjoying society life himself. Isaac likely was, too, considering he was called ‘one of our prosperous merchants’ in a newspaper article from 1983.

Isaac died on 5 July 1895 at a young 57 years of age. The newspaper clipping only says he’d been sick for about a week. He’d had a severe case of pneumonia in 1893, according to the newspaper. He was quite a long time getting well. Perhaps he never really recovered from that. 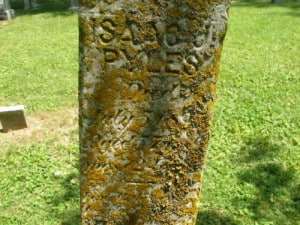 Click on photo to go to his findagrave.com page

Isaac is buried at Monocacy Cemetery in Montgomery County along with many of my Pyles and Price ancestors.