Maria, his mother, was known for being mean according to my father and my aunt, Dorothy HEISER BROWN. Dot, as she was called, was raised by Daniel and Maria so she knew Maria well.

According to Dot, Maria pushed Elmer off the porch one day when he was about four years old. Dot didn’t know what had made Maria do that, and Dot said Elmer never walked again after that. And then he died. 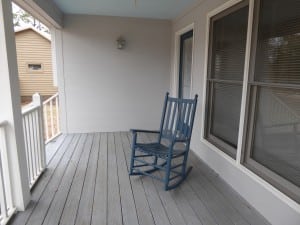 I took that to mean that Elmer died as a result of being pushed off the porch. And perhaps to nine-year old Dot it seemed that way, but that’s not how Elmer died.

On 9 September 1925, Elmer became sick with what was called cholera infantum, also known as “summer complaint” because it was most often seen in the summer months.

Cholera infantum was the name for a bacterial intestinal infection brought on from eating raw or undercooked poultry, raw dairy products, or contaminated produce. It wasn’t cholera, but it brought on symptoms like cholera: diarrhea, vomiting, abdominal pain, and a high fever. It killed many children because it caused severe dehydration, and it was highly contagious. As far back as 1893, doctors knew it was caused by an organism but the organism wasn’t isolated until 1972. 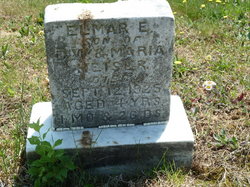 Nowadays treatment is antibiotics and IV fluids. Before that was possible, the common treatment was withholding food for 24-48 hours, giving water only, and prayer. Treatments also included chamomile, sulphur, creosote, iodine, petroleum, and other things depending on the severity of the different symptoms. There isn’t much documentation of any of these remedies working, though.

“Summer complaint” took the life of Elmer on 12 September 1925. He was four years old. He was buried at Salem Cemetery in Jacobus, York County, Pennsylvania.