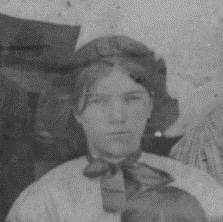 Virgie was born into a farming family. They lived in Richland County, South Carolina on land that is part of the present Fort Jackson. Virgie attended school through the 8th grade according to census records.

Virgie marries and starts a family

Lee Peake was a rough man. Family members told me he was mean and he cheated on her a lot. He went to prison, too, for killing a man.

About 1922 when Virgie was pregnant with her 3rd child, a man attempted to break in the house knowing Virgie was alone. Virgie’s dog, Shep, bit the man’s hand while he was trying to get in the door and the man ran away. The man was someone Virgie could identify.

The next day, Lee waited for the man and as the man came by on a wagon Lee confronted him and another man who was with him. The guilty man ran and Lee shot the wrong man and killed him. Lee went to prison leaving Virgie to take care of herself and the children. I don’t know how long Lee was in prison, but it doesn’t seem for long since Virgie had another baby a few years later.

Life continues on and a sad event

In 1930, Lee and Virgie were living the in the Shady Grove school district of Richland County which wasn’t far from where Virgie had been raised. They lived there in 1935 and 1940, also, according to the census.

1946 brought sadness to the entire family. Lee and Virgie’s youngest child, Red, died. You can read about it here: Red Peake  Virgie was 51 at the time of Red’s death. 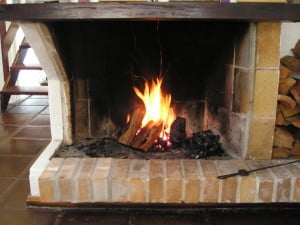 Virgie was crippled, from polio it is believed. Because of this she often sat close to the fireplace in the winter to stay warm.

On 26 Jan 1952, Virgie’s 19-year old son Bobby was building a fire in the open fireplace. According to an article in The State, a can of kerosene exploded. Virgie and at least three other members of the family, including Bobby, were burned, Virgie severely.

Virgie niece, Lydia, was a nurse in Virginia. She told the family there was a new way of treating burns – to let them dry out instead of keeping them wet. But the hospital were Virgie was wouldn’t do that and kept them wet. Virgie died the next week on 2 Feb 1953 from the burns. She was 58 years old.

Despite the sorrows in her life, Virgie was known a sweet, sweet person. She sounds like she was a lot like her sister, Florrie, who you can read about here: Florrie Martin