John Vincent Davis (22 Sept 1850 – 28 May 1922), son of Thomas and Nancy Davis, was a farmer at the start of his adult life. In time, he began preaching locally for several Methodist churches, starting with his home church of Brown’s Chapel Methodist near Hopkins, South Carolina. 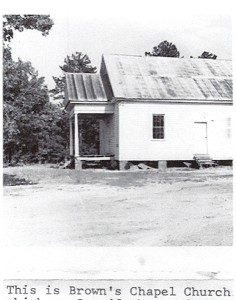 John continued to farm and preach for about ten years before he was called to minister full time. For 15 years he served in various churches in South Carolina including churches in Darlington and Great Falls. 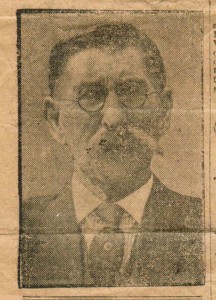 He married Rebecca Ellen Roberts (1855-1900) in 1876. John and Ellen had 12 children together, nine of who lived to maturity. After Ellen’s death in 1900, John married Sallie Ellen Lovin, and they had one daughter together.

John retired from preaching to become the superintendent of the Richland County Almshouse. Although John was a kind and godly man, one of the residents (or inmates as the newspaper called them) didn’t care for John…and murdered him.

According to the article from The State newspaper, Mr. Davis had asked Mr. John Watts Crocker to refrain from using bad language on the grounds of the almshouse about ten day before the murder. Crocker became angry and abused Mr. Davis.

Then on the day before the murder, Mr. Davis asked Mr. Crocker about letting his wife assist in the kitchen. Mr. Crocker again became angry and refused. Mr. Davis said he would have to report Mr. Crocker to the supervisor. According to a witness of this encounter Crocker shouted, “Look here, John Davis, you have been trying for the longest time to get me away from here, and I want to tell you that you are going to leave here before I do. You will be gone before sundown tomorrow.”

Was John Davis alarmed or scared by Mr. Crocker’s proclamation? I don’t know, but with him being the godly man he was reported to be I expect he took it to God and left it there.

The next morning when Mr. Davis and one of the cooks were handing out tobacco, Mr. Crocker shot Mr. Davis in the chest and killed him. Crocker was arrested. He claimed he didn’t do it.  His claim fell on deaf ears, though, since he was found with the recently fired gun in his hand, and shell casings were found in the room. Also the cook witnessed the shooting. Crocker’s wife said he did it because “he could not stand to be picked at.”

John Davis’ funeral was held at Shandon Methodist Church in Columbia, SC. According to the article, the funeral was one of the largest ever held in Columbia and the church was unable to accommodate the huge crowd attending. He was buried beside his first wife at his home church, Brown’s Chapel. The funeral procession from the church to Brown’s Chapel was about 400 cars. 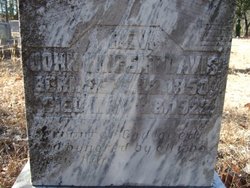 I’ve been to the Brown’s Chapel churchyard. The church is no longer there, but the cemetery is mostly intact. It’s on a barely two-lane gravel road out in the country. I don’t know where those 400 cars parked, and I am sure people walked a long way to the churchyard. 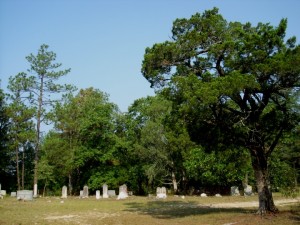 The newspaper article about John Vincent Davis’ death was in my grandma’s belongings. I kept it for years, figuring he was a Davis and we have Davis ancestors so he would show up in the family history eventually. And he finally did a few years ago. I expect my grandma knew him and had heard him preach, and he was her cousin, too.