Ada’s father died when she was about eight. Georgianna remarried soon after James’ death to Harry E. ESTERLY. Harry helped Georgianna raise Ada and at least three of her siblings. They lived in Frederick, Maryland.

By 1912, Ada was married to Clarence W. CUDDY (1893-1964). They lived in Harrisburg, Dauphin County, Pennsylvania. I don’t know when she married him for sure or how she met him.

They lived at 1251 Bailey Street in Harrisburg, close to Clarence’s parents. One of his brothers lived on the same block, too. Click here to see their home on Bailey Street. It’s the green one.

Clarence worked at the Morehead Knitting Company, and Ada kept the home. Clarence and Ada were socially active, participating in picnics and more with Clarence’s workmates at Morehead. In 1915 and 1918, Ada gave birth to Geraldine Pearl and June Leona.

Family was important to Ada

Ada was close to her sister. In 1917 Ada’s sister, Pearl and her boyfriend Hayes MEISLING, came to live in Harrisburg for a time. Pearl was waiting on a divorce from her husband, Elmer Hensel. I wrote about Pearl here. 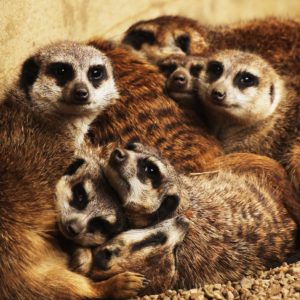 Ada was close to Clarence’s family, too. She had what appeared to be a good relationship with her mother-in-law, Sarah. The newspaper account of the Sarah’s death reported that she and Ada were visiting at Ada’s house. Sarah was laughing while telling a funny story about buying some shoes when suddenly she slumped over, dead from a heart attack. That was in 1928. Clarence’s father, Jessie, came to live with them for a while after Sarah passed.

The economy got rolling again when WW2 started. Clarence found regular work once more, and he and Ava were eventually able to purchase a home on Walnut Street in Harrisburg. Click here to see the neighborhood.

I don’t know much about Clarence and Ada after that. The records are not so easily accessible. I expect they stayed close to their daughters and sons-in-law and grandchildren along with their own siblings and their families.

Ada and Clarence pass away

Clarence passed in 1964. Ada lived for another 15 years, passing in 1979 at 88 years of age. They are buried together at East Harrisburg Cemetery in Harrisburg, Pennsylvania.