Allie was born in 1908 in South Carolina, probably Richland County. Allie’s father was a farmer in the Pontiac area of Richland County which is north east of Columbia.

In 1920 Allie, her parents, and her siblings were farming in Pontiac on Old Charleston Road. Allie’s sister, Hattie, and her husband lived on the farm next door. Two farms away in the other direction was the MEDLIN family, including Eddie MEDLIN.

In 1930, Eddie and Allie and their two children, Ruby and Junior, lived in Winnsboro Mills Village in Fairfield County, South Carolina.  Eddie was a drawing hand at a cotton mill. According to the census, both Eddie and Allie could read and write.

1931 was bittersweet for Allie. In June, Allie gave birth to a third child, a son named Allen. About a month later, Eddie committed suicide by putting a gun to his head while standing near his parked Ford roadster ‘on the Kelly’s mill pond bridge between Pontiac and Blythewood near the Richland-Fairfield County line’ according to The State newspaper. 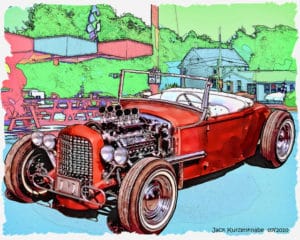 Curiously, Eddie ‘was with Maggie JACOBS, a 17-year old girl, until after midnight’ the night before he killed himself.

Maggie ‘told the coroner, as did others, that Medlin had said several times recently that he would take his own life. Despondency was given as his motive.’ It was also reported that he was intoxicated the evening before his death.

Allie goes on with life

From what I can tell, Allie moved back home with her parents. What choice did she have? She had three young children, one of them a newborn, and no job of her own. She likely went to work once she was recovered from childbirth, if she was able to find work.

According to the 1940 census, Allie’s three children were living with her parents in Winnsboro, Fairfield County. Allie likely was, too, but I can’t be sure. Keep reading to find out why. 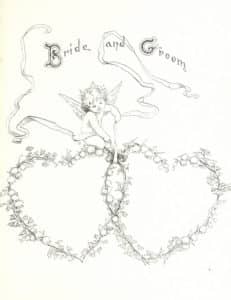 from an 1899 book titled Wedding Bells

A second chance & the other Christmas tragedy

In late 1937, Allie and Johnny lived in Dentsville, Richland County.  Allie became ill with what  was likely an abscessed tooth or a sinus infection. The infection spread to her brain causing a brain abscess.

A brain abscess can develop over a few weeks’ time or can develop suddenly. It could be successfully treated now, but not in 1937. Allie died at Columbia Hospital on 25 December 1937. Such sadness for Allie’s parents and children.

What happened to Allie’s children and her husband, Johnny?

Allie’s parents raised her three children. They grew to adulthood and each lived to about 70 years of age.

Johnny married again a few years after Allie’s death. He married Laconia DINKINS (1916-1980), Allie’s sister. Johnny and Laconia were married for many years and had two children together.

Click here to subscribe to my nearly weekly newsletter and receive a free e-book, Write Your First Life Story Today
« Woodrow Dinkins: Christmas tragedy number one
NOT the one with cheddar cheese »