Baxter Tillman GARDNER was the son of Bennie GARDNER (1888-1920) and Jessie PATRICK GARDNER BYRD (1892-1967). Baxter was the middle child of their three children. Baxter is my 2nd cousin, twice remove and related to me through my Grant line.

In 1920, six-year old Baxter and his family lived in Alligator, Chesterfield County, South Carolina. His father, Bennie, worked for the railroad. Later in 1920, Bennie died. You can read about it here. 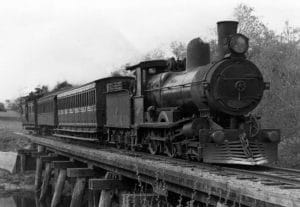 I couldn’t find Baxter or his siblings in the 1930 census or where they lived during the 1920’s. I believe, though, that I found Baxter’s mother, Jessie, living in North Carolina with a new husband, King Edward BYRD. This Jessie had two young children with King.

The reason I believe this is Baxter’s mother is because on Baxter’s death certificate, his mother’s maiden name is listed as Jessie Patrick. The informant was a John Gardner of Cheraw who was likely Baxter’s uncle or grandfather. It makes sense that either of them would have known Jessie’s correct maiden name.

I researched from the point of view that Jessie’s maiden name was Patrick instead of Byrd, Byrd being what other researchers claimed. Enough facts matched up that I can say I believe Patrick was Jessie’s maiden name and she married King Byrd after Bennie died. I need to do more research, though. And I still don’t know why she left her children behind when she married King Byrd.

In 1933, 19-year old Baxter worked at the Evegett (Everett) place near Smithville, Marlboro County, South Carolina as a farm laborer. Smithville was near present-day Brightsville in Marlboro County. 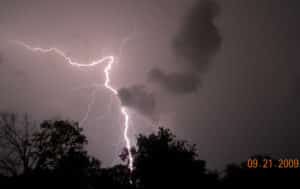 On July 1, 1933 a thunderstorm came up in the early afternoon. Baxter and another farm worker, Rob McDOUGALL, took refuge in a barn.

According the The State newspaper, lightning struck the barn and destroyed it. Rob was seriously injured. Baxter was killed.

This was another tragic loss for the Gardner family in just a few years. There are more to be written about still.

Baxter is buried at Mt. Elon Cemetery in Hartsville, Darlington County, South Carolina along with his father and grandparents.