In 1900, Bennie’s family lived in Camden, Kershaw County, South Carolina. Father John worked on the railroad. Bennie, age 12, worked at the cotton mill. He appeared to be done with school, and he could read and write.

Bennie married Jessie BYRD in 1909 when he was 21. In 1910, Bennie and Jessie lived in Hartsville, Darlington County, South Carolina. Bennie worked as a carpenter on his own account.

Bennie and Jessie start their family 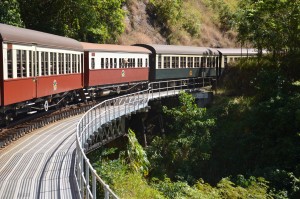 Working for the railroad

Bennie registered for the draft in 1917. He and his family lived in Lydia, Darlington County, South Carolina. Bennie worked as a railroad master. Bennie was of medium height and build. He has brown eyes and dark hair, which isn’t surprising since his mother was at least half Native American.

An illness with no cure

Also in 1917, Bennie was diagnosed with diabetes using the Fehling’s sugar test. Bennie would have been put on a nearly starvation diet which was used to extend the life of the diabetic patient in hopes of a cure being discovered before the patient died.

Most likely, Bennie had type 1 diabetes. In type 1 diabetes, the islet cells of the pancreas quit making insulin over a period of a few years. In type 2, the more common and well-known form of diabetes, the body makes insulin but doesn’t use it properly. Some people with type 2, though, need insulin injections like those with type. Go here to learn more about the differences between type 1 and type 2 diabetes.

Moved back to Chesterfield County

The 1920 census for Chesterfield County, South Carolina was completed in January of that year. Bennie and family now lived in Alligator in Chesterfield County. Bennie, now 32, was a track foreman for the railroad. Jessie took care of the house and home. 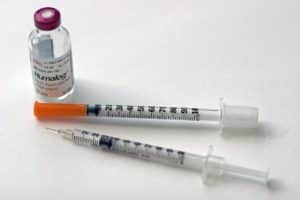 photo by Sriram Bbala. Click on photo for link to photograph on flickr.com.

On 20 October 1920, Bennie passed due to his diabetes. Bennie likely slipped into a coma because his body no longer made insulin and was unable to process the sugar in his blood. Bennie lingered for three days before passing.

If Bennie had only lived a few more years, he would have been able to have insulin injections to save his life. In the fall of 1922, Eli Lilly and Company had a major breakthrough and was able to produce mass quantities of insulin, this extending and saving many lives.

Bennie is buried at Mount Elon Cemetery in Hartsville, Darlington County, South Carolina. His parents and two of his siblings are buried there, too. Bennie has an ornate gravestone from Woodmen of the World insurance company which was available to their members.

I don’t know if Jessie remarried, but it wouldn’t be surprising. Another path to follow as I continue with family research.