This month’s Genealogy Blog Party is a pool party where we get to toss a difficult ancestor into the pool.  I’m up for that. Although I have many difficult ancestors to choose from, the top of the list is the elusive Billy Thomas, Jr.

Billy Thomas, Jr. is my 4th great-grandfather. He came to South Carolina from Maryland in the early 1800’s according to some family history notes from his grandsons.

He was planning on going ‘west’ but settled in South Carolina instead. The notes say that Billy’s father, Billy Thomas, Sr., came to Maryland from France, not that he was French, but that the ship he took came from France. The grandsons’ information is all believable but so far not provable.

Billy supposedly married a woman named Mary (who went by Polly) in Fayetteville, North Carolina on his way ‘west’ but their son, my 3rd great-grandfather, had taken ill so they stopped in South Carolina and ended up staying.

I think I found Billy in the 1810 census, but again, it’s not conclusive that it’s him. I can’t find a Billy Thomas in the 1820 census in the likely county or the surrounding ones, but I found a Mary Thomas living next door to Renadus Thomas, my 3rd great-grandfather, in the 1830 census. Is this Mary his mother?  Good question.  Did Billy died between 1810 and 1820? Another good question.

I found a Polly Thomas in the census for that county for 1840, but unfortunately the census was rewritten in alphabetical order so who knows if that Polly lived near the aforementioned Renadus (written as Renatus in the 1840 census). 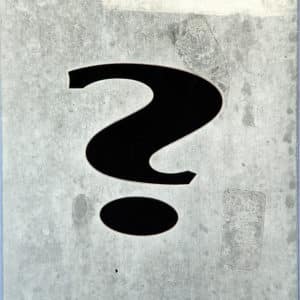 Mary/Polly is missing from the 1850 census and beyond.  Dead? Living elsewhere? Just missed being counted? Who knows.

Finally, there is a William Thomas who died in 1840 and was buried in Davidson County, North Carolina. Several researchers on that large website we all have a love-hate relationship with have decided that William Thomas is this Billy Thomas.

I’m not buying it, but it would be easier to prove that he’s not my Billy Thomas if my Billy Thomas would have left something behind like a will or a bible. Or if he’d married someone with a less common name than Mary/Polly. Or if he’d written down the names of his parents, etc. Or if Sherman hadn’t burned the courthouse in Columbia, South Carolina.

I may never know

Click here to subscribe to my nearly weekly newsletter and receive a free e-book, Write Your First Life Story Today
« Mattie Gardner: she didn’t die in a car accident
Ella Grant: the last tragedy & the first »