This week’s prompt is to write about a black sheep in the family. Boe Heiser was the first name that came to mind.

In 1910, Boe and his parents lived in Urbana, Frederick County, Maryland. In 1915, though, they were living in York, Pennsylvania. Boe broke his arm while cranking a car, and there was a newspaper article about it.

In 1919, Boe began serving in the U. S. Army in the Philippines. That didn’t last long, though. In the 1920 census, he is living in York with his parents and sister, Maud.  Toby was an elevator operator. Martha was a tobacco striper at a cigar factory. Maud was a seamstress at a petticoat factory, and Boe was a repairman at a garage.

Boe and his family lived at 521 S. Court Avenue in York. Here’s a link to the neighborhood. I expect they are the same houses as when Boe lived there. The Heiser family’s residence on S. Court Avenue is now a parking lot, so I can’t show you that.

In 1930, Mary was living in a boarding house away from Boe and his family who continued living in the same house. 30-year old Boe was driving a truck now. Mary and Boe eventually divorced, and they had no children.

The Great (and ugly) Depression

The Depression was an ugly time. Boe probably worked off and on, and his parents and sister probably did, too. People got depressed and desperate, and they did things they might not have otherwise. It seems that in the mid-1930’s, Boe began losing control. 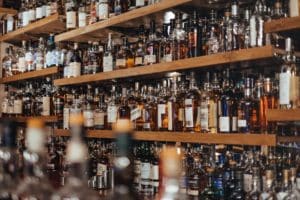 Boe came from a family of drinkers, some of which did some crazy things when they drank. As my cousin, Elaine, pointed out…people didn’t see alcoholism as a disease then. Drinking was something people did. Some people could hold it, and some people couldn’t. Starting in 1934, The Gazette and Daily newspaper in York, Pennsylvania ran plenty of stories about Boe and his antics when he drank.

In 1934 and 1935, Boe was arrested for drunk driving several times and assault and battery once. Once he was so drunk he could hardly stand. He served at least 90 days in jail, too.

1938 was the year of the wheelbarrow story. Read about it below. 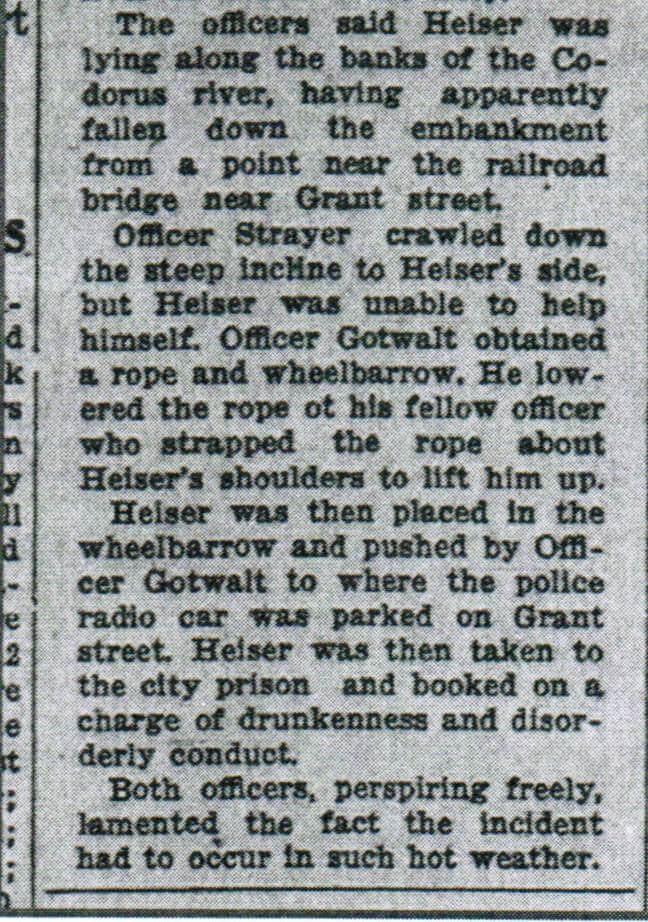 partial clipping of the article about the wheelbarrow incident

The drinking continues into the 1940’s

In 1940, 40-year old Boe still lived with his parents and sister, Maud. Toby and Martha hadn’t worked all year. Boe had worked for 10 weeks as a truck driver, Maud for 6 as a cigar filter maker. No doubt they were receiving some kind of public assistance, but I expect it was barely enough to survive. I can see why Boe drank.

The beginning of the 1940’s brought more arrests for Boe: drunk and disorderly, hopelessly drunk, disposal of stolen property, breaking and entering, and attacking a man. He was also fished out of the creek. Here’s that story.

In 1942, Boe registered for the draft. He was 5’11” tall, and 165 lbs. He had gray eyes and gray hair, and a common characteristic of this line of Heiser men… a ruddy complexion. He was working at McGann Manufacturing Company.  Was he gray-haired already from the stress in his life and the damage the drinking was doing to him? Maybe. 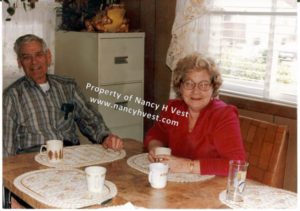 My father, Charlie, and his sister, Dot. You can see my dad has the ruddy complexion that was common to the Heiser men.

The drinking appears to stop

After 1943, there are no more arrests for Boe. Did he quit drinking? I’d like to think he did. I know a doctor told my grandfather, Dan, that if Dan didn’t quit drinking he was going to die. Dan did quit drinking and lived into his 90’s. Perhaps a doctor told Boe the same thing, and Boe listened. Maybe he has steady work now and didn’t have so much time or need for drinking. We’ll never know.

A sad and mysterious ending for Boe

The next newspaper article about Boe was when he died 8 April 1958. Fifty-eight year old Boe was found on Sterling HOFFMAN’s farm in West Manchester in York County. It was determined he had been dead for about 20 hours when he was found. He died of a coronary thrombosis, pneumonia, and exposure.  Early April in Pennsylvania could easily have below freezing temps at night.

Boe is buried at Christ United Methodist Church Cemetery in Jacobus, York County, Pennsylvania along with his parents; siblings Maud and Dan; and Dan’s son, Ralph.

I know what you’re thinking. Why was Boe there? Why wasn’t he found sooner? Was he drinking again. I don’t know. There was nothing that said Mr. Hoffman knew Boe or why Boe he was there. It’s a sad way for his life to end.

Click here to subscribe to my nearly weekly newsletter and receive a free e-book, Write Your First Life Story Today
« Same Name: Renatus x 5 or 6
They were celebrities for a day »