The prompt for this week is So Far Away. My paternal grandfather, Dan HEISER, went so far away in the early 1900’s. Here’s the story.

Daniel Wilbert HEISER was born 2 November 1882 in Mount Airy, Frederick County, Maryland. His parents, Joseph Henry HEISER, Sr. and Martha ROGERS HEISER, were native Marylanders, too. Dan was the oldest of their seven children, six boys and one girl.

They were all native Marylanders

Dan and his brothers and male cousins didn’t hold their liquor well, and it got them into trouble more than once.

They believed that a fellow worker at the B&O railroad compressor in Frederick, Maryland insulted either Dan and Raymond’s sister or Richard’s wife. They left threatening to come back and shoot him.

Sure enough, they came back with pistols, and two of them, Dan and Richard, did shoot the man. Thankfully, he didn’t die.

All three men fled the county and were arrested in Baltimore. The trial was in February 1903. Richard was sentenced to one year in the State House of Corrections; Dan was given six months there himself. Raymond was acquitted.

After his six months in the House of Corrections, Dan returned to Frederick.  He stayed out of trouble for a while. Well, at least he stayed out of the local paper. I have a feeling he continued his drinking and antics.

In December 1906, 24-year old Dan was arrested. In February 1907 he was sentenced to six months in the county jail. This incident involved a relationship with a young lady. Alcohol was likely involved. 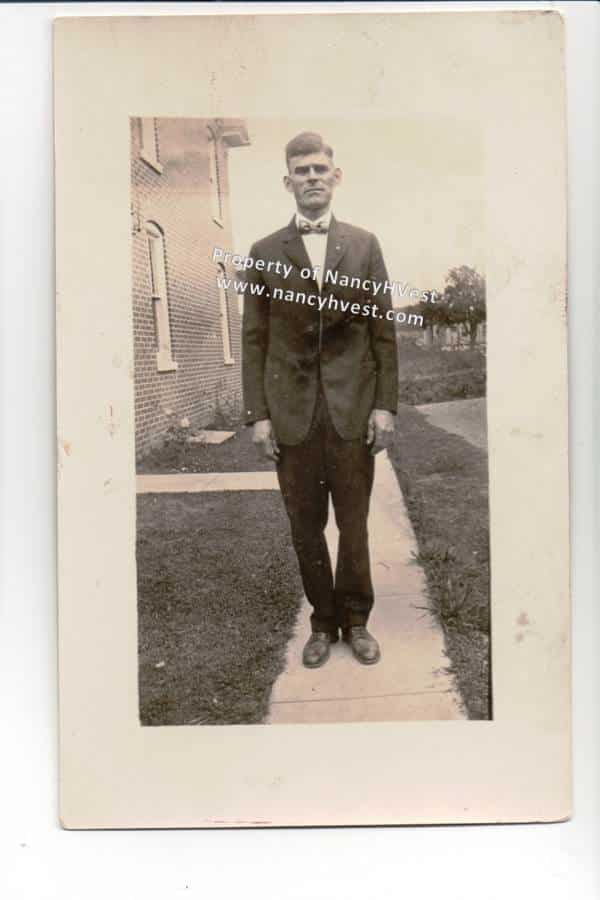 My paternal grandfather, Daniel Wilbert Heiser around 1930. He was in his mid-to-late 40’s.

The jailers and the police in Frederick were probably pretty tired of Dan at this point. I don’t know if they suggested he get out of town or if it was his idea, but get out of town he did.

In September 1907, the month after being released from the county jail, Dan enlisted in the Army. His duty station was the Philippines, over 14,000 miles from home.

I don’t know if Dan enjoyed his years in the Army, but it did get him far away from his partners-in-troublemaking.

In September 1910, Dan returned to Frederick, Maryland. His brother, Raymond, had married and moved to York, Pennsylvania. His cousin, Richard, had passed away. Another brother married and moved away from the family, too.

Dan probably still drank too much when he returned to Frederick, but he stayed out of the Frederick newspapers for the few years he remained there.