The month’s Genealogy Blog Party topic is Which of your ancestors deserves to sit on the Iron Throne? 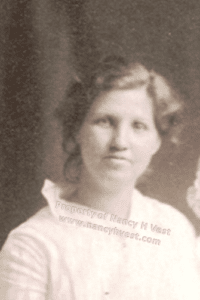 My grandmother, Florrie Thomas Martin, as a young mother

My grandma, Florrie THOMAS MARTIN does. My grandma was mentally tough and determined, and she used those traits as a tenant farmer’s wife during the 1920’s, 30’s and 40’s.

Florrie was born in 1894 in Chesterfield County, South Carolina. She married my grandfather, Daniel MARTIN, in June 1914 in Richland County.

Daniel was a farmer, as was his father and grandfather before him. For generations Daniel’s family farmed the same land, a parcel of the large expanse taken by the U.S. Government in the 1910’s for Fort Jackson.

Once the many families were moved off that land, there wasn’t enough farmland or work for all the displaced people. Some were forced to move on; Daniel and Florrie were one of those families. 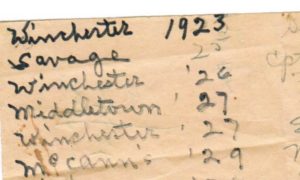 In 1923, Daniel and Florrie packed up their few belongings, and their five children, and headed for Winchester, Virginia where Daniel had secured a position as a tenant farmer. Daniel and Florrie had never lived away from their families before, but they trusted God that they would be okay anyway.

Over the next 20 years (1923-1943), Daniel and Florrie and family lived in 13 places. Often times Daniel was not only tenant farming himself but also overseeing the other farm workers. Florrie fed all the farmhands along with her own family which swelled to eight children by 1930.

My mom said my grandma worked hard, harder than anyone she’d ever known. Florrie cooked all the meals on her own until the oldest girls were able to help. 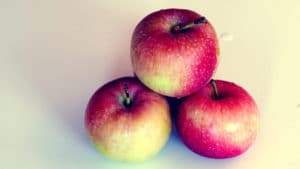 Daniel and Florrie worked at an apple orchard for a time. Many family from SC would come to help at harvest.

Sometimes family would come up from South Carolina to help at harvest time. Florrie would feed all of them, too. My mom said at times there were 25 or more people to be fed at each meal.

Some of the houses Daniel and Florrie lived in were good, sometimes not. My mother remembered her mother sitting on the porch steps of one house, crying because there was no electricity or running water.

But after having a good cry about it, Florrie just went on and did what had to be done, adding lantern cleaning and wick trimming and water pumping to her list.

Florrie made and mended and washed their clothes. She saw to it that the children all went to school. She had been a schoolteacher before marrying, and education was important to her.

The two oldest sons dropped out of high school to help on the farm. Within a few years Florrie had them back in school, and they both graduated.

Florrie burned fields, grew and canned food, save her dog’s life by doing mouth-to-mouth (a story for another day), and kept the oldest sons in line when their hormones got the best of them. 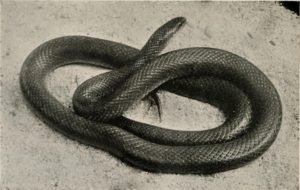 One swampy placed they lived had snakes hanging from the trees near the house. Florrie took a shotgun and shot them all, sometimes hitting two at a time there were so many of them. She was not afraid to do what needed to be done.

And yet with all this, Florrie managed a personal life, too. Florrie was devoted to her faith, attending church regularly and praying and teaching Christian values to her children by how she herself lived.

The Florrie I knew growing up.

Florrie wrote letters to everyone in the family it seemed. She took their concerns into her prayer time. Family members have told me that if Florrie said she’d pray for them, they knew she meant it.

When I think of strong women, I think of my grandma…and my mother. My mother was mentally strong and determined, too.

People say I am, also. It came through the genes, no doubt. But it also came through seeing it in action in my mom and grandma, and hearing the stories of their lives as a tenant farming family.