My grandmother, Florrie THOMAS MARTIN, was a strong, tough farmer’s wife. You can read more about her here.  She didn’t shy away from hard work and didn’t often panic either. Here’s the story of when she saved Jenny’s life. 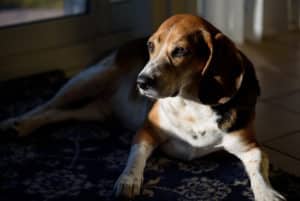 NOT Jenny, just a generic beagle

My grandparents, Daniel and Florrie Martin, had a beagle named Jenny. Jenny lived outside, but she wasn’t just a farm dog. She was Florrie’s dog. I expect Jenny kept Florrie company when she hung clothes on the line, worked in the garden, and more. Florrie loved Jenny.

Jenny had a litter of puppies. You know how dogs do; they find a quiet place away from everyone to have their pups. Jenny chose the hay loft.

Chet and Carlisle try to be helpful

One morning while doing chores, my uncles Chet and Carlisle, saw Jenny roaming around. “What’s she doing down here? She should be in the hayloft with her pups,” said Carlisle. He and Chet led Jenny up to the hayloft and back to her very young babes.

Before the boys finished their chores Jenny was back down from the hayloft and roaming around. Well, this infuriated Carlisle. “Chet, help me with her.”

The boys again took Jenny back to the hayloft, probably with Carlisle fussing at Jenny about being a bad mother. This time, Carlisle and Chet piled up some bales of hay around Jenny and the pups. Then they tied a rope around Jenny’s neck and the other end to a nearby nail or hook or something.  “That should keep her here,” said Carlisle as the boys left the hayloft and headed off to school. 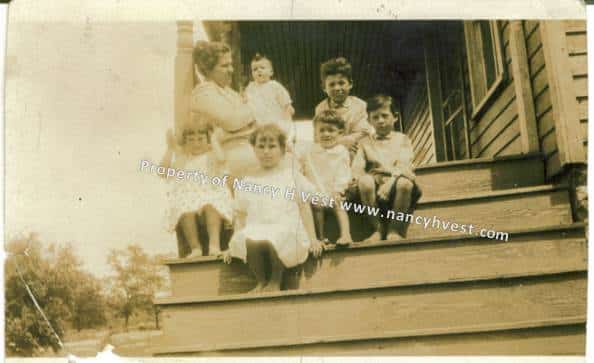 Now keep in mind that Chet and Carlisle were probably 10 or younger when they did this. They didn’t know that Jenny didn’t need to stay with the pups all the time, and they probably thought they were doing the best thing for the pups.

Trouble in the barn

A while later, Florrie heard the cows mooing loudly, almost frantically. She grabbed the rifle by the door and headed out to the barn expecting to find a coyote or some other wild thing harassing the cows. What she found instead was Jenny hanging from the hayloft. 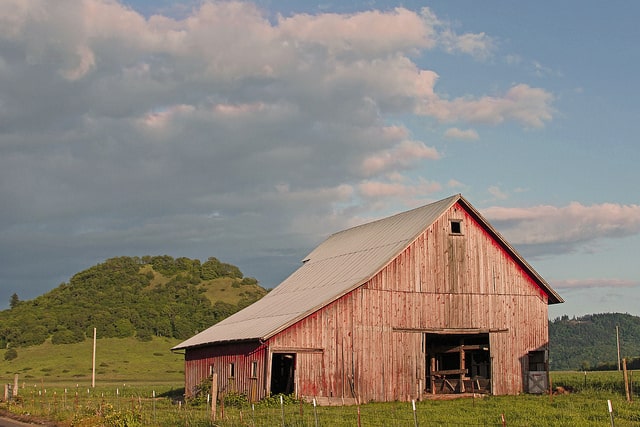 Poor Jenny was twitching and convulsing as she hung there gasping for breath. Florrie called one of the farmhands to help her. “Get up there and cut her loose.”

The farmhand climbed the steps, taking two and three at a time. He cut Jenny loose, and she fell into Florrie’s waiting arms. Florrie lowered her to the ground and used all her strength to pull the rope from Jenny’s neck. “God help me,” I imagine she exclaimed.

Jenny was still and not breathing.

Florrie put her mouth to Jenny’s nose and blew air into her lifeless body again and again. She stopped a few times to check if Jenny was coming around and continued on when she wasn’t. The farmhand stood there, not knowing how to help. Finally Jenny began to breathe on her own and movement came back into her head and limbs. Florrie sat back and let Jenny recover.

Who would have done that?

“Put some hay in that empty stall in the corner, please. Then put those pups in there. Their mamma isn’t strong enough to go up to them, but she’ll try if she hears them crying for her.”

The farmhand did as he was asked. The pups whimpered for their mother while being moved. 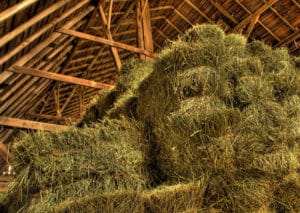 hay bales in a hayloft Photo by Darin https://www.flickr.com/photos/carquestguy/

Jenny’s ears twitched at the sound. She lifted her head first, and then she did what mother’s naturally do…she got herself up and went to her pups. Jenny gladly lay down with them while they fed and she continued her recovery.

“Mrs. Martin,” said the farmhand, “there was hay bales piled up all around the pups. I reckon someone tied the rope around Jenny to keep her there. She must have fallen out of the hayloft trying to get over the hay.”

“Who would have done that? Well, no matter right now. I knew we’d have to bring her and the pups down in a week or so anyway. Block those steps to the loft. I don’t want her taking them back up there.”

“Yes. Ma’am,” the farmhand replied as he nodded in agreement.

The mystery is solved

Florrie talked it over with Daniel when he came in for noontime dinner.  They figured out it must have been Carlisle and Chet that had tied Jenny up in the hayloft. “I’ll talk to the boys when they get home,” said Daniel.

“I’m sure they didn’t mean any harm,” said Florrie, “so hold your temper about it.” Daniel nodded in response.

The boys came home and headed out to the barn to do their chores. Daniel was waiting for them.  “Boys, I want to talk to you,” said Daniel.

Just then Jenny came lumbering out of her stall. “She’s down here again?” said Carlisle looking at Chet. “How did she get out of the rope?”

“Then it was you,” said Daniel. He sat the boys down and told them that it was okay for Jenny to leave the pups for short periods of time. Then he told them what happened when Jenny tried to jump over the hay bales the boys piled up. 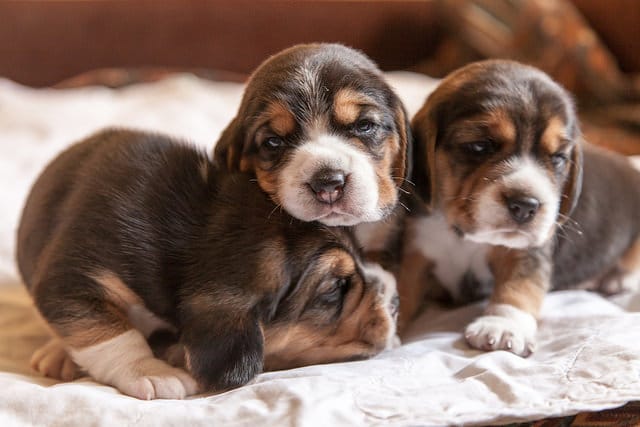 Chet and Carlisle felt awful. They immediately went to their mother. She comforted them and assured them that she knew they meant no malice with their actions. “Now go get your chores done.”

The relieved boys went on their way, but not before checking on the pups and scratching Jenny behind the ears.

Click here to subscribe to my nearly weekly newsletter and receive a free e-book, Write Your First Life Story Today
« Blood on the stairs
How to make the most of your life, revisited »