Gilbert had a common upbringing. His father was a stone mason for the railroad; his mother kept house. Gilbert attended school and could read and write. In 1910, the family was living in Barnesville, also in Montgomery County. Gilbert was the youngest of Montgomery and Sallie’s four children.

In 1918, Gilbert registered for the WW1 draft. He was living at 617 Chapell Alley in Frederick, Maryland, and he worked as a trackman on the Baltimore and Ohio railroad. Gilbert was of medium height and build, and he had blue eyes and brown hair.

On the 1920 census, Montgomery and Sallie were living in Frederick at 321 N. Bentz Street. Gilbert lived there, too, and so did my father who was raised by Montgomery and Sallie after his mother died in 1919. I wrote about her here: Goldie Price Heiser. Gilbert, now 21 years old, was a street laborer. 1920 was also the year Prohibition started nationwide. 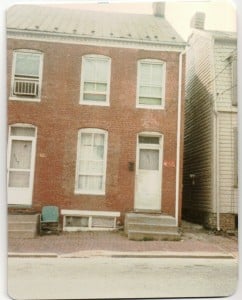 Photo of 321 N. Bentz Street (the right side door of the brick building) taken in 1984. The house is still there now, but has been updated.

My father told me that Gilbert was often in trouble with the law. Looking at the Frederick newspaper, I have to agree. I found several articles about Gilbert being arrested for drunk and disorderly, disturbing the peace, assault and battery, and more. He was even arrested one time in 1928 for inviting a man to drink and buying liquor from a bootlegger.

During Prohibition, bootleg liquor was cut with water and other things to make more money for the illegal producers. But it also had additives (courtesy of the federal government) like kerosene, gasoline, carbolic acid, acetone, mercury salts, and a variety of other poisons in an attempt to dissuade people from drinking it.

This didn’t dissuade much of anyone. But it did kill people, directly and indirectly, and made others act crazy, like Gilbert seemed to act. Plus the bootleg producers used yet more chemicals to counteract the effects of the additives which wasn’t always effective and added yet another set of problems. 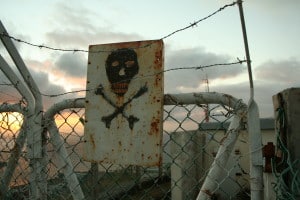 In September 1929, Gilbert was arrested once again. According to The News, Gilbert caused a disturbance at the police station. He was ordered to serve 10 days in jail. At the jail, Gilbert ‘became increasingly disorderly, and finally broke a water pipe in his activities.’ 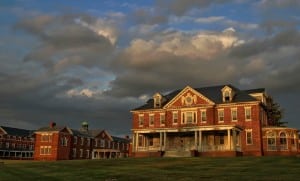 He was sent to Montevue Hospital ‘where his disturbances continued. After breaking up his cot and otherwise damaging his room at the institution, he was declared to be out of his right mind’, and as a result was taken to Springfield State Hospital in Sykesville, Maryland for examination. Springfield was a mental hospital, as you can guess.

Six months later, on 25 March 1930, Gilbert became ill with a duodenal ulcer. Probably brought on by drinking all that poison-laced bootleg liquor. Six days later, on 31 March, Gilbert died from a peritoneal hemorrhage from the ulcer. He was 30 years old.

Gilbert’s funeral was held at his parents’ home at 321 N. Bentz Street. He is buried at Mt. Olivet Cemetery in Frederick, Maryland.

Click here to subscribe to my nearly weekly newsletter and receive a free e-book, Write Your First Life Story Today
« Please don’t follow this advice
Were your ancestors poisoned during Prohibition? »