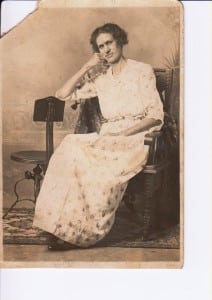 Hollie GRANT was the one of seven children born to John GRANT (1851-before 1900) and Laura GAINEY GRANT 1850-1925). John was a brother of my 2nd great-grandfather, Daniel Baity GRANT, which makes Hollie my first cousin, thrice removed.

Hollie was born 11 Mar 1886 in Chesterfield County, South Carolina. Her youngest sibling was born in 1890 and her mother was a widow in 1900, so we can narrow her father’s passing to sometime in the 1890’s.

In 1900, Laura and the five youngest children were living in nearby Scotland County, North Carolina. All the children, including 15-year old Hollie, worked at a cotton mill. There were at least five cotton mills in Scotland County at that time. 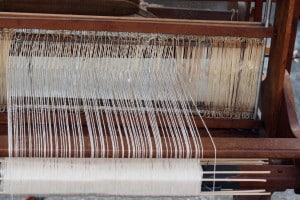 1908 was the year Hollie married Robert Edward BISHOP, who went by Edward. They lived in Columbia, Richland County, South Carolina.  Hollie was 22, and Edward was 30.

Hollie’s sister, Sue, married John TIMMS and moved to Hartsville, Darlington County, South Carolina in the mid 1910’s. Hollie is listed with Sue and John on the 1920 census. Perhaps she was visiting when the census taker came.

Heartbreak and moving on

Tragedy struck in 1927 when Hollie was 41 years old. Edward was killed in an accident. He was driving a truck for Broad River Power Company. He hit a hidden tree stump, and the impact threw him into the steering wheel causing an abdominal injury. He died several days later from peritonitis.

Hollie went to her sister Sue’s in Hartsville to get over her loss and start a new life. Hollie and Edward didn’t have any children, so she was on her own. Hollie was a nurse in 1930, renting a place on her own in Hartsville. 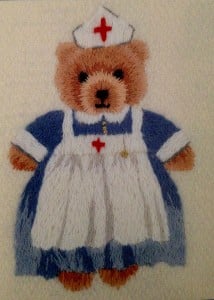 Hollie passed away on 21 Jan 1940 in Hartsville at 55 years of age. She is listed as a domestic which could have meant she was a housekeeper, or a nursemaid to a baby or child, or a few other things.

Hollie died from myocarditis, but it was noted on the death certificate that she had suffered for 20 years with paroxysmal tachycardia, a cardiac arrhythmia which would cause her heart to race at 160-200 beats per minute at times. There was no treatment then, but nowadays this problem would be managed with medication or surgery. An interesting side note: Hollie’s sister, Ella, suffered with this same arrhythmia and also died from a heart ailment.