Mattie was also the sister of Walker Gardner and Bennie Gardner, and the aunt of Baxter Gardner, all of whom I’ve written about in the past few weeks.

Mattie’s mother, Ella, was the sister of my 2nd great-grandfather, D. B. Grant. This makes Mattie my 1st cousin, thrice removed.

In 1910, the family lived on King Street in Buffalo, Kershaw County, South Carolina. Father John was a house carpenter now. Ten-year old Mattie attended school. Her brother, Walker, worked as a laborer for a blacksmith. 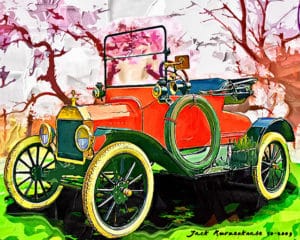 When Mattie was 17, she was in a car accident. She was mistakenly reported in The State as having died in the accident. A retraction appeared the following day in the newspaper. 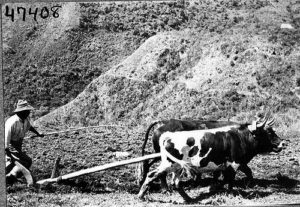 Farming was hard work in those days

In mid-1918, Mattie married James Joseph (J.J.) LEWIS, a older widowed farmer from Darlington County, South Carolina. J.J. and his first wife, Jennie, had five children together. Jennie died a month after the last one was born, and that child died at ten months of age from severe malnutrition.

In April 1919, Mattie and J.J. had their first child together, Fulton. In 1920, the family lived in Epworth, Darlington County. J.J. was farming, and Mattie was taking care of the home and the children. Ella Mae was born to Mattie and J.J. in April 1921.

Mattie had her hands full being a farmer’s wife and the mother of six children, the oldest one being 15 years old.

In August 1922, Mattie was sent to the tuberculosis camp in Richland County, South Carolina.

Who knows how long she’d been sick before she went. She died there on 21 September 1922. Tuberculosis was the largest killer of young people in South Carolina in the 1920’s. A whopping 29% of young deaths resulted from T.B. according to sctuberculosis.org. 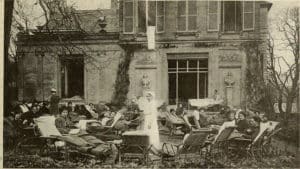 A TB sanitorium in NY, similar to the ones in SC from what I’ve read

Mattie was 23 years old when she died. She left behind two little children who would never know her plus her husband who was now twice widowed and the father of six children.

Mattie is buried at Mt. Elon Cemetery in Hartsville, Darlington County, South Carolina, along with her parents and three of her siblings.

The story doesn’t end there, though

Mattie’s widower, J.J., died on 31 March 1923 just 6 months after Mattie. His death certificate says he died of natural causes, but doesn’t say what exactly he died from. From the way it’s worded, I think officials may have suspected suicide which was ruled out. J.J. is buried alongside his first wife, Jennie.

What happened to all those kids, you ask…

I don’t know about J.J. and Jennie’s kids, but I can tell you that Fulton and Ella, Mattie’s children, were taken in by Mattie’s sister, Bessie GARDNER OUTLAW and her husband, James.

Click here to subscribe to my nearly weekly newsletter and receive a free e-book, Write Your First Life Story Today
« Walker Gardner: WW1 veteran and young father
Billy Thomas, Jr.: into the pool with you »