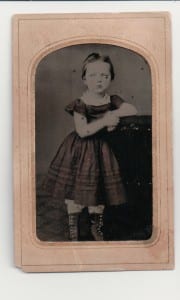 The family moved to Damascus, Montgomery County, Maryland some time before 1900. In 1900, Maud was attending school in Damascus, and her father worked at a saw mill. Her five brothers were living with the family still, too.

In 1910, part of the family lived back in Frederick County. Maud’s parents and youngest brother, Bo, lived in Urbana. Another brother labored and resided on a farm.

Maud had married Robert Lee BELL (1885-1953) in 1907 in Frederick. Robert was 22 and Maud was 19. On the 1910 census Maud and Robert have two children: 20-month old George and 3-month old Margaret. Robert was a farm laborer while Maud took care of the home and the children.

I don’t know what happened to upset everything in Maud’s life, but it had to be big. In the 1920 census, Maud lived in York, Pennsylvania with her parents and Bo, and she went by her maiden name. Maud worked at a petticoat factory. Robert worked as a farm laborer on someone’s farm in Frederick County, and lived there, too. George was listed with Robert’s parents in Frederick, and Margaret had disappeared without a trace. Maud was 32 years old.

A plethora of possibilities come to mind as to why Maud left her family. Grief over the loss of Margaret? Abusive husband? Didn’t like being a mother? And on and on. 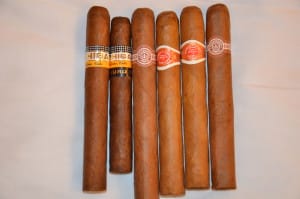 Maud continued living with her parents and Bo over the next 20 years. In the 1930 and 1940 census, she works at a cigar factory – the Webster Eisenlohr factory where King Edward cigars were made.

The family lived on South Court Alley for most of the years in York according to census records and city directories. Sometimes they lived at 521South Court and sometimes at 506. The area had a lot of row houses as you can see if you click below. This is the intersection of South Court Alley and East Maple Street in York, and I believe these are the same houses that were there when my ancestors lived in that neighborhood.

Over the years, Maud and Robert listed themselves as single, married and divorced. Neither remarried, and from this I conclude there was never a divorce, just a separation.

Maud took sick in late December 1944. She died on 4 January 1945 at age 56 from uremia believed to have come from acute glomerulonephritis, an inflammation of the kidneys. Maud is buried at Christ United Methodist Church cemetery in Jacobus, York County, Pennsylvania. My grandfather lived in Jacobus; his and Maud’s parents lived there, too, with him and his family.

The informant on Maud’s death certificate is a Patricia Heiser, only I don’t know who that is. There is a distant cousin named Patricia, but I have not found any evidence that shows they were acquainted with each other. I have a suspicion that the informant was someone the family knew, a friend of Bo’s. Why didn’t Bo give the information? I have some suspicions about that, too. I’ll write about Bo later.