Not surprisingly, the prompt for 52 Ancestors this week is Father.

My father, Charles Leroy HEISER (1913-2001) was raised by his maternal grandparents, Gum and Sallie PRICE, after the death of his mother, Goldie Isabel PRICE HEISER (1893-1919).  Read about her here.

After his mother died, Dad was separated from his sisters who went to a foundling home until their father, Dan HEISER (1882-1974), found a wife. He got the girls back but never came for Dad. It always bothered Dad, but in the long run he was better off raised by Gum and Sallie. 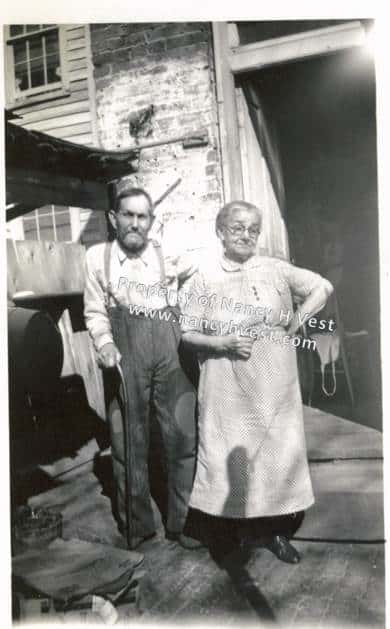 Gum and Sallie Price, my father’s maternal grandparents who raised him

In 1900, Gum was a railroad laborer. He was 40 now, so this was probably hard work for him. In 1910, he was a signalman for the railroad, likely much kinder on the body than being a laborer. In both census records, the family was living in Montgomery County in the same voting district. They were renters so it’s possible they rented the same house all that time.

A move to Frederick

My dad went to live with his grandparents about when his mother died in 1919. Since Dad never back to living with his father, Gum and Sallie were his dad and mom who raised him.

I don’t know a lot about Gum or Sallie. You know how it goes…you don’t think about asking questions until it’s too late. I know they attended a nearby Baptist church, and my father was baptized there. It’s a funny story for another day.

Gum did not spare the rod. Dad remembered one winter where there were hardly any branches left on the only tree in the yard because so many switches had been cut from it. Dad admitted that he deserved every whipping he got. 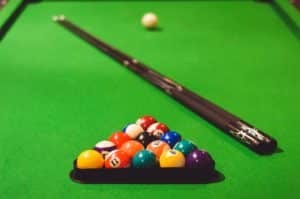 Photo by CMDR Shane in Unsplash. Click on photo for more info.

Gum, Dad, and the pool hall

One story in particular that Dad told was when he went to the pool hall after being specifically and repeatedly told to stay out of it. Dad was 11 or 12 when this happened.

Gum, about 64 years old, was working as a night watchman at a brush factory. One evening Dad went to the pool hall and then on to other places. Before Gum went to work that evening, word came back to him that Dad had been in the pool hall. Gum was angry and waited for Dad, but he finally had to leave for work before Dad got home.

When Dad came home, his grandmother was waiting up for him. All she said was, “He’s mad.” She didn’t need to say anything else; he knew what his grandfather was mad about. Dad didn’t sleep well that night, and in the morning he was awake when Gum came through the door.

Even in his 80’s, my dad still remembered the sound of Gum’s lunch pail clunking on the table and his grandfather footsteps on the stairs. His grandfather gave him a fierce beating as he said to him, “I told you to stay out of that pool hall.” After that, Dad didn’t go in the pool hall again. He just found mischief in other places.

My dad becomes a working man, too

Dad’s school principal, “Froggy” Brown, didn’t want my dad to quit school. I got the impression from my dad that his grandfather didn’t want him to quit either. Perhaps Gum saw education as being my dad’s ticket to getting out of the near-poverty they lived in. But Dad saw his family’s immediate well-being as the most important thing. 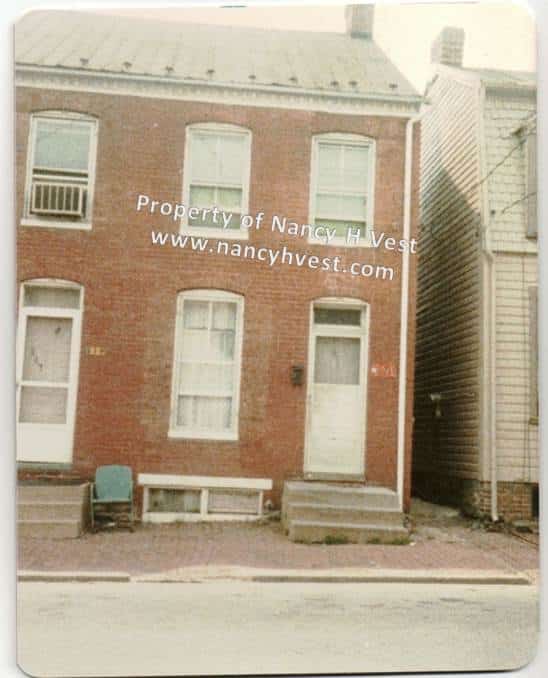 In 1930, just five years later, Gum and Dad were both working as laborers. Dad’s uncle, Harry, was working as a laborer, too, and he was living with Dad and his grandparents in the same house on North Bentz Street. Families pulled together then.

During the Depression my dad was in CCC camps twice and always sent the money home to Gum and Sallie. They all made it through the Depression, which was amazing considering how poor they were before the Depression started.

Toward the end of the 1930’s my dad lucked into a job in the federal government. He moved to Washington, D.C. and lived with his cousin, Myrtle HILLIARD BURROUGHS (1903-1977). Myrtle’s mother, Gertie, was Gum’s sister. Dad always sent part of his check home to Gum and Sallie.

In 1940, 80-year old Gum could no longer work. Harry, and now Harry’s wife as well, were living with Gum and Sallie. Dad regularly sent money home and went home as often as he could. He wasn’t present when 78-year old Sallie died on 12 June 1940.

Dad was 27 when she died. He always shied away from talking about it when asked. I didn’t understand the depth of his pain until I lost my mom in 1999.

Gum eventually came to live with Myrtle, too, in Washington, D.C. When my parents met in the fall of 1946, it was a while before they actually had a first date. Gum was in the hospital, and Dad went there every day after work to be with his ‘dad’.

Gum recovered from that episode, but he passed away on 30 August 1947 at 88 years of age. Gum is buried next to Sallie in Mt. Olivet Cemetery in Frederick, Maryland.

For all intents and purposes, Gum was my grandfather. He raised my dad away from the influence of the hard-drinking Heisers which was a blessing for my dad.

He took Dad to church and taught him right from wrong. He was strict with Dad for Dad’s own good, and Dad respected and loved him for it.

Gum loved my dad and did right by him. He modeled how to be an upright man, a providing husband, and a loving father.

Thank you, Grandfather Gum, for taking care of my dad and raising him up to be the awesome man and father  that he was.

Click here to subscribe to my nearly weekly newsletter and receive a free e-book, Write Your First Life Story Today
« Daniel W. Heiser: he went so far away
Same Name: Renatus x 5 or 6 »