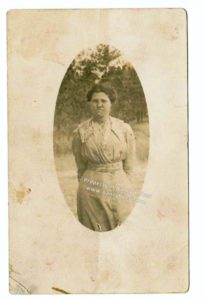 my grandmother, Florrie Thomas Martin, when she was a schoolteacher, before she married my grandfather

My grandmother, Florrie THOMAS MARTIN saved all the letters she and my grandfather, Joel Daniel MARTIN, sent to each other. After my grandma died in 1979, my mom gave some of the letters to her own siblings who asked for them, but I have the lion’s share.

Below is the letter Grandma wrote to Grandpop on New Year’s Day 1914. She talks about a vacation. She was a schoolteacher so she must have been on Christmas break. 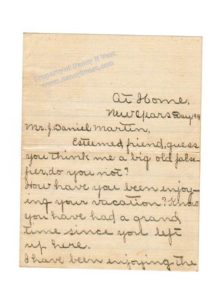 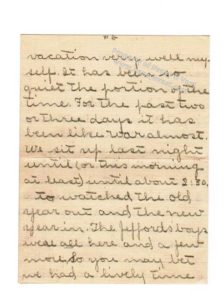 At the end of the letter Grandma says she has something to talk to Grandpop about the following Sunday. 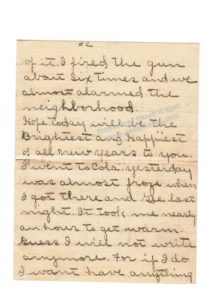 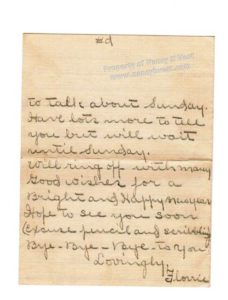 Sound important? It is. Below is a page from Daniel’s letter to Florrie on December 14th. 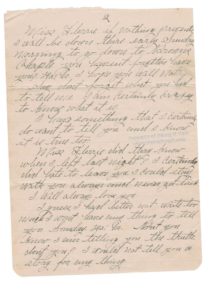 There must have been talk of married sometime before the December 14th letter. Florrie and Daniel married June 15th, 1914 In Richland County, South Carolina. 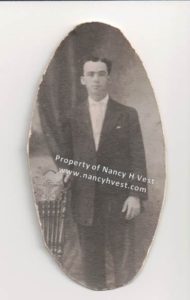 Joel Daniel Martin, my grandfather, as a young man

Click here to subscribe to my nearly weekly newsletter and receive a free e-book, Write Your First Life Story Today
« My Christmas cactus heirloom
The 1930’s world of Maggie Sullivan »