Mariah was a sister of Adolphus Burdine MARTIN, my great-grandfather. This makes Rufus, as he was called, my first cousin twice removed. I previously wrote about Rufus’ bother, Oliver Terry. Click here if you haven’t already read about Oliver.

Like most of my ancestors of that time, Rufus was born into a farming family. He probably graduated high school since he was attending school at the age of 15 according to the 1910 census. 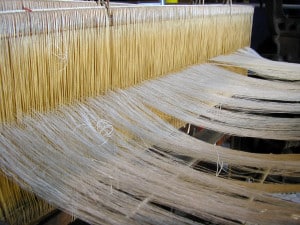 From the farm to textile work

In 1917, Rufus registered for the World War 1 draft. He was single at the time and living on his own in Columbia, South Carolina. He worked for Glencoe Cotton Mills in Columbia. Also, according to his registration Rufus was of medium height and build, and had grey eyes and brown hair. He did serve as an Army private during the war, but I have no other details than that.

In 1921, Rufus married Pearl GILBERT BALLARD TERRY (1892-1973) in Gaston County, North Carolina. Rufus and Pearl had two sons – Graham born in 1922 and Rufus, Jr (called R.J.) born in 1924. I don’t know what brought Rufus to North Carolina, but it was probably work in the textile industry.

The family lived in Hillsborough, Orange County, North Carolina in 1930 according to the census. Rufus was 34 and Pearl was 38. Rufus and Pearl both worked at a cotton mill. Pearl was a spinner, and Rufus was a comber fixer. They rented a home, and they didn’t have a radio.

At some point between 1930 and the mid 1950’s Rufus and family moved to Mt. Holly, Gaston County, NC. They lived at 604 Rankin Ave at the corner of W. Glendale Ave, Mt Holly, from the mid-1950’s until Rufus passed away. Rufus, Pearl, R.J., and R.J.’s wife all worked in local textile mills.

Click here to see 604 Rankin Ave. I believe it’s the same house that Rufus and Pearl lived in. 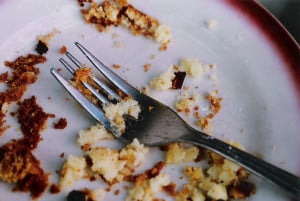 From textile work to restaurant work

In 1957, Rufus retired from textile work at 63 years of age. In 1958, he and R.J. began operating the lunch counter at Perfection Spinning. They ran the counter for at least two years, but probably a bit longer than that.

In May 1975, Rufus had a stroke. After lingering for a month, he passed away on 10 June 1975 at Mercy Hospital in Charlotte, Mecklenburg County, North Carolina. He was 79 years old. Rufus is buried alongside Pearl in Pineview Cemetery, Mt. Holly, North Carolina.