The prompt for this week is: Same Name.

I had a few choices like Mordecai and Daniel. Instead I chose Renatus.

The first Renatus, Renatus Thomas, was born about 1799 in either South or North Carolina. His father was Billy THOMAS, Jr. (?-1820). I wrote about Billy Jr. and Sr. here.

Renatus was the oldest, and only, son of Billy and his wife, Polly WALSTON THOMAS (?-1851). Billy and Polly settled in the Richland County area of South Carolina when Renatus was a small child.

Renatus married Mary Malaha FAUST (1808-1887).  They had 16 children. Renatus was a planter all his life with quite a large amount of land in Richland County, South Carolina.

The first Renatus had a son named Renatus. He may have gone by Nate or Nathan. The younger Renatus died from an injury sustained in an incident with a train. I wrote about it here. 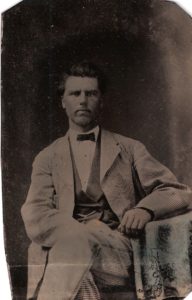 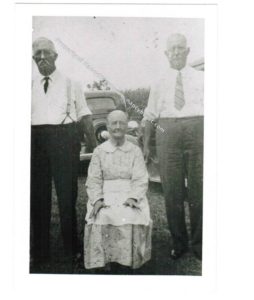 There is also possibly one more Renatus. Renatus H. THOMAS (1875-1947), who went by Nathan, all his life, may have actually been named Nathan. I’m just not sure. This possible Renatus was also a grandson of the first Renatus.

Why Renatus? No clue. Learn more about its meaning and origin here.

Will it be used again?

Maybe. My daughter wants to use it as a middle name for a girl and call her Wren. I guess we’ll see!