This week, guest blogger Anne Peterson writes about celebrating life and keeping our loved ones alive.

It’s difficult when we lose loved ones. Sometimes our grief is like Tsunami waves. There we are standing and all of a sudden we’re thrown off balance completely.

But as time goes on, the waves lessen, except maybe certain days. Anniversary dates, and special celebrations. Like one we’ll have in December. 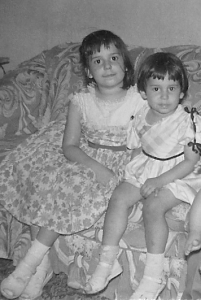 My sister disappeared in 1982 never to be seen again. Peggy was a victim of domestic violence. Her missing person case was changed to a possible homicide. In 2004, we went to court and after 10 grueling days, we watched her husband declared “not guilty.”

The other side of the courtroom erupted in cheers, giving him high fives. We sat frozen till an officer escorted us out of there.

A couple of months later we had a memorial service for her. All of us had a chance to share what she meant to us. Although there were many empty chairs, we knew there were also many who cared about her.

And as we know, life went on. Her boys who were five, seven and nine years of age are now 37, 39, and 41. Two of them have married and have beautiful children. And in December, we’ll attend the wedding of her eldest son.

He called me the other day and said, “My wedding will be quite different than my brother’s wedding, but there is one thing I’d like to be the same. Would you give me the honor of walking me down the aisle?”

I felt a few tears slide down my face as I said, “I would be honored.”

My emotions will be varied that day. While I feel privileged to walk my nephew down the aisle, I’m sad Peggy won’t be there.

But instead of stuffing my emotions in, I will acknowledge them. And then I’ll carefully fold them up and put them away. Denying our feelings never works. We need to embrace them and move on.

My nephew received excellent advice from his pastor.

As I walk down the aisle in December, I will be thinking of the little boys who she loved so much. Peggy would play the piano and the boys would appear out of nowhere. They would dance to the tempo of the piece and finally collapse on the floor as we all laughed.

Yes, I wish Peggy were here to walk him down the aisle herself. To beam like I did when my son got married.

But this December we will celebrate my sister’s son’s wedding and we’ll be smiling. And maybe this poem I wrote depicts what my sister’s thoughts would be.

Although you will not see my face,

as you walk down the aisle,

Imagine me just watching you

with my familiar smile.

Imagine just how proud I am

that you have found true love,

And know that I’m not missing this,

I’m watching from above.

Anne Peterson is a poet, speaker and published author of Real Love: Guaranteed to Last, Broken: A Story of Abuse and Survival, and most recently, her first children’s book, Emma’s Wish. Anne is also the author of 42 published Bible Studies through christianbiblestudies.com, an affiliate of Christianity Today, as well as the author of over 28 articles. Anne’s poetry is sold throughout the U.S. and in 23 countries. For more information about Anne visit http://www.annepeterson.com, or https://www.facebook.com/annepetersonwrites.