The prompt for 52 Ancestors this week is Storm, and I have a story for that. 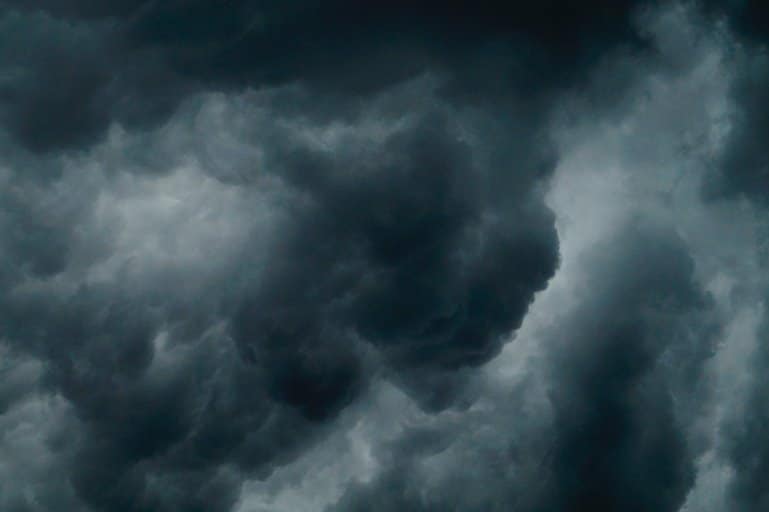 1875 was the year of the tornado for South Carolina, it seems. There was a large outbreak of tornadoes on March 19-20, 1875; but I’m writing about a tornado that took place on March 15, 1875 in Richland County, South Carolina.

This ‘fearful storm’ supposedly started on the Lexington County side of the Congaree River which divides Richland and Lexington Counties.  I have created a map below to show you its approximate path based on the info I have.

First, a damage and loss report

Before the map I’ll tell you about the people affected along the way according to the Daily Phoenix newspaper. I’ve also assigned a map key for each person/family.

Mr. PADGETT on the Wilmington, Columbia, Augusta Railroad; 9 miles below Columbia; lost his dwelling, his mill house was blown into the pond, and he suffered additional property damage. One or two people working at the mill that day died. (P on the map)

William DAVIS‘ house was wrecked and his young daughter was killed when the chimney fell on her. William Davis is likely one of my Davis relatives, but I haven’t confirmed it. The Davis’ are hard to trace. (WD on the map)

James THOMAS (1828-1912), ½ mile for William Davis, was my 2nd great-grandfather. His house and every building were destroyed. No one was injured or killed. (JT on the map)

Browns Chapel, very close to James Thomas’ property, was demolished. (BC on the map)

T.D. COOK‘s settlement lost nearly every house. This settlement was 1 miles for James Thomas’ house. (TD on the map)

Frank STRICKLAND, about 2 miles from T.D. Cook, lost his house (FS on the map)

The storm dissipated at about old Ancrum Ferry Road, not far from the Strickland home, leaving behind a path of destruction four to five miles long. 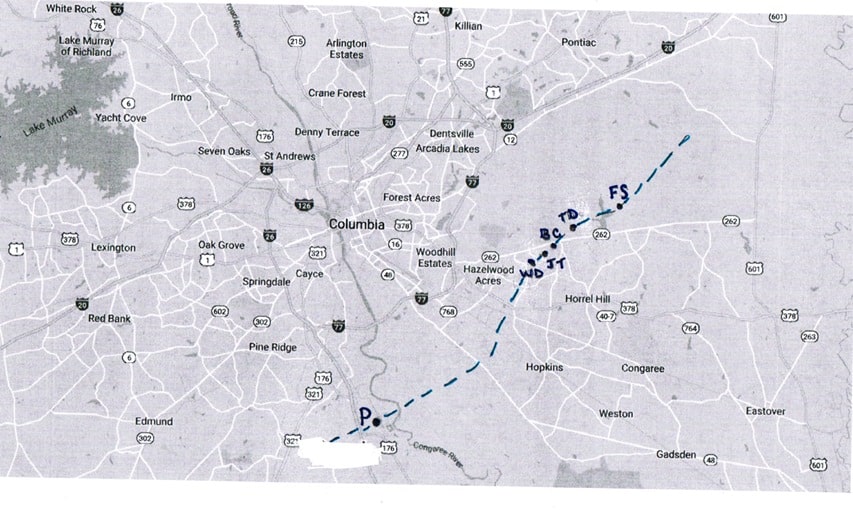 A little more about James Thomas

James Thomas was a farmer, and an injured Civil War veteran. At the time of the tornado, he was 47 years old. He was married to Elizabeth Jane DAVIS THOMAS (1828-1911), and they had five children. He was farming on the 1870 and 1880 census so he must have rebuilt his home and other buildings. 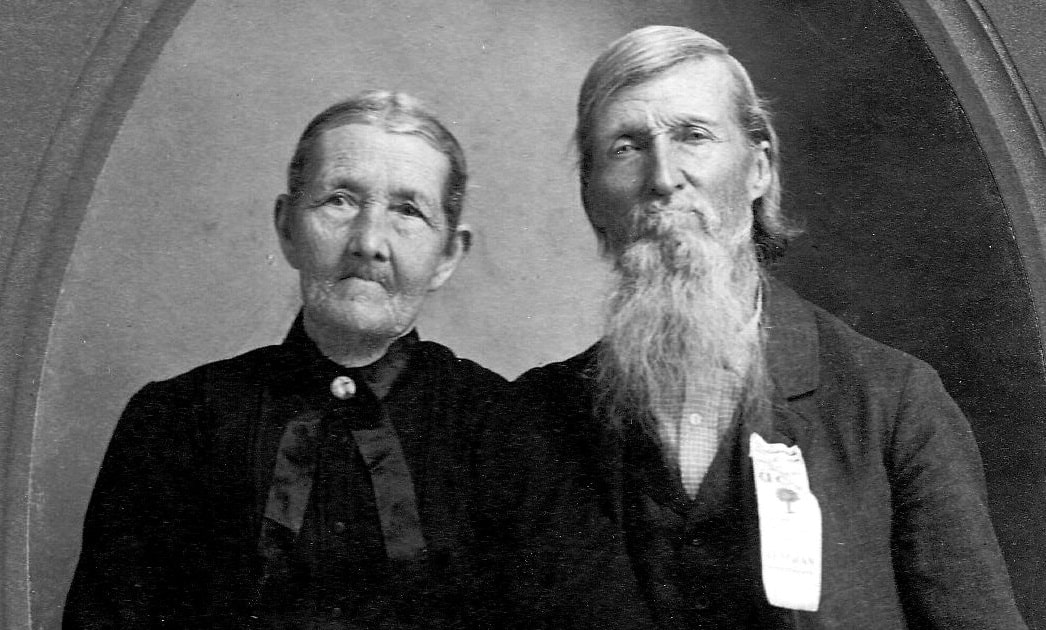 Click here to subscribe to my nearly weekly newsletter and receive a free e-book, Write Your First Life Story Today
« Work on the road OR pay the tax
Close up: my Grandpop, J. Daniel Martin »