Vera’s father, Tom, was farmer. In 1910, the family lived in the Center Township of Richland County. A Lee family lived next door, likely  a relative of Tom’s.

Vera probably attended school at the proper time, and she was probably her mother’s helper with her siblings that followed. I don’t know much more about Vera except for her passing.

On 30 January 1919, 12-year old Vera ‘was playing around her home when Roy and Arthur MEDLIN came up after going rabbit hunting’. This is according to the State newspaper. 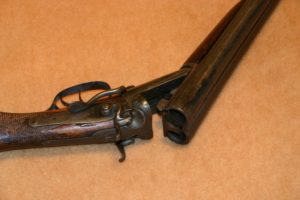 Ten-year old Roy said playfully that he was going to shoot Vera. Vera replied that if he did, she would tell her mama. The gun went off, and Vera fell to the ground. ‘A load of No. 7 shot tore away the top of her head,’ according to the newspaper.

Roy and Arthur ran from the scene. An inquest was held three days later, and the jury concluded that Vera had died by a gunshot wound inflicted by Roy. The sheriff took charge of Roy. The newspaper said ‘the tragedy cast a gloom over the community.’

How sad for the Lee and Medlin families. Roy probably went to school with Vera. Maybe church, too. He would carry the guilt from this accident the rest of his life. Vera’s parents would suffer the recurring pain of losing a child.

It also makes the story of Tom’s murder richer (read about it here). I understand more why Dora and Sudie Mae (Tom and Dora’s daughter) listened at the kitchen door to Tom and Ernest’s conversation, knowing Ernest had a gun with him.

There is no record of where Vera is buried, but I expect it is somewhere in Richland County, near Pontiac where the family lived in 1919.