Last week I wrote about my great uncle Herbert B. THOMAS (1889-1964). I wrote that the last place he lived was on property owned by my uncle, Tommy MARTIN.

After I shared that story, Uncle Tommy’s daughter told me that he didn’t acquire the land like I thought. The land had belonged to Alice, Herbert’s wife, or someone in her family. So, whose land was it, I wanted to know. Not only did I find out who owned the land, but I found the story of a family that stuck together during happy and sad times. 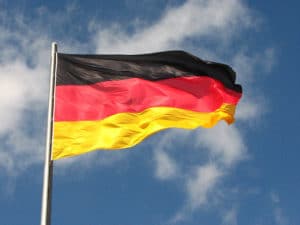 Henry BEDECKER, a German immigrant born in 1842, came to the states before the civil war. He married Louisa OSA before 1870.

In 1900, Henry and Louisa lived in the Harrisonville area of Baltimore County. Henry worked as a laborer while Louisa kept house and took care of their four children; Louis, 20, Carrie, 17, Annie, 15, and May, 11. Henry was paying a mortgage on a house according to this census.

Where these places are

Harrisonville is on present-day Liberty Road (Route 26) between the Liberty Reservoir and Randallstown, Maryland.

Wards Chapel Methodist Church is on Liberty Road, too, between these same two landmarks, but much closer to the reservoir than to Randallstown. Wards Chapel Road crosses Liberty Road at the church.

Carrie marries and starts a family

Carrie BEDECKER, oldest daughter of Henry and Louisa, married Herman EWARTOFSKI, a German immigrant, about 1901.Their first daughter, Louisa, was born in 1902.

In 1903, there was a 4th of July party at Henry and Louisa’s place that was grand enough to be noted in the Baltimore Sun newspaper. Neighbors and family attended. This party was said to be ‘near Marriottsville’ according the article, so I think Henry and Louisa had moved to Hopkins between 1900 and 1903.

a generic farm…NOT Herman’s or Henry’s

In 1904, Herman and Carrie bought 9-10 acres of land in the Holbrook area. (This is the land whose ownership started this entire exploration!). In 1905, Carrie gave birth to a second daughter, Hilda.

In 1910, Herman and Carrie were farming the land they purchased in 1904. They owned the land free and clear. They had a small two-story farmhouse.

Henry and Louisa were farming in Baltimore County, too, in 1910. They are a few pages over from Carrie and Herman in the census which lends to my conclusion that they had moved from Harrisonville to the Hopkins community.

In 1910, Lizzie married Melvin George OREM, a laborer. Their only child, Alice, was born in 1911. (Yes, this is the Alice who will marry my great uncle Herbert later in the story.) 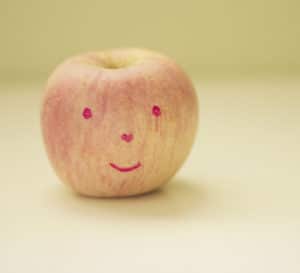 Life seems good for the family. The girls appear to all be married and having babies. Some of them live close to each other, and they farm together including Louis who lives with Henry and Louisa. From research I’ve done, I know Hopkins was a community of predominately German immigrants and first generation German Americans. Many in the community attended the same church: Wards Chapel Methodist.

As we all know, bad times come, and they did for this family in 1915 when two family members are lost. I’ll pick up the story there next week.

Click here to subscribe to my nearly weekly newsletter and receive a free e-book, Write Your First Life Story Today
« Herbert B. Thomas: a nice man
Whose land was that? (part 2) »